Good Morning from North Yorkshire. Deep Threat is still on holiday but is back in the saddle next week. I am back for a final go at the Friday back pager. I am also at work until 18:30 so apart from a brief visit during my lunch break I will be unable to comment. I have enjoyed my stint at hinty blogs and hope to see some of you next on a Sunday Toughie. Play nicely. I am sure my fellow bloggers and commenters will help with any problems.

I have no real idea of gauging ratings so have left them unaltered.

1a Politely, knocking on yokel’s door to get housing resolved (8)
YOUNGISH:     An adjective to describe someone of advancing years, who is older than he likes to think is also an anagram (resolved) of the opening (door) letter of Yokel and housing.

5a Wellington’s content with grouse (4)
BEEF:     The tenderest cut of a bovine, wrapped in a mushroom pate and encased in a pastry shell. The main ingredient of such a dish is also a synonym of grouse or moan. 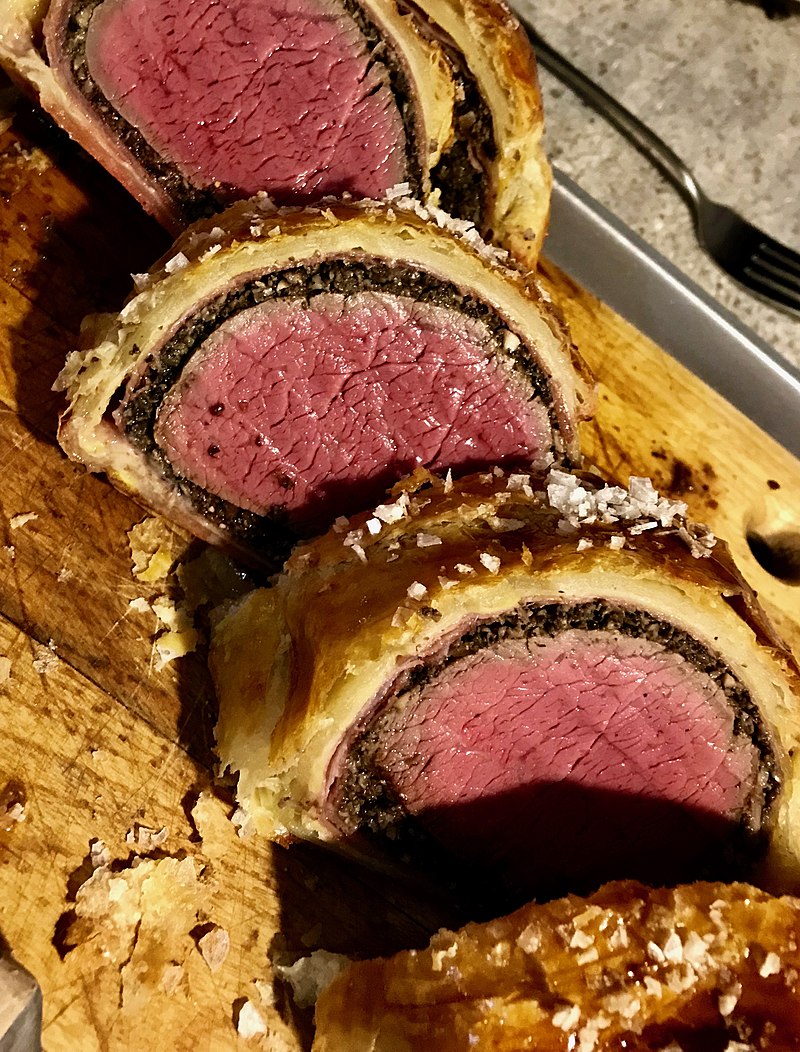 9a Two dogs maybe seen by railway — those involved should be strung up (8)
PUPPETRY:     An abbreviated young dog, a generic term for animals kept for companionship and the two letter abbreviation for Railway. This entertainment usually involves toys on strings animated for our delight.

10a Place located after a drive (6)
AVENUE:     Put a place after a from the clue for a wide and handsome street with or without trees.

11a Drawn to melancholy, you need closure (8)
SHUTDOWN:     This closure of operations comes from how your curtains may be when drawn, and a synonym of melancholy or depression.

12a Brad, doing backflip in gym, must be flexible (6)
PLIANT:     A brad that you may use to “fix” your colours to the mast, is reversed (doing backflip), it goes between a two letter abbreviation for gym or Physical Training.

14a Taking a new order, need import or trade-in (10)
REDEMPTION:     The first four words are your anagram indicator, the next two are your fodder. Trade-in would be the definition. To redeem coupons in exchange for goods or services. We still have a canteen of cutlery my dad collected Embassy coupons for, it is still in use long after the coffin brads that took my father a lung-busting age (literally) to collect.

22a There’s only one month this long (6)
AUGUST:      A barely cryptic clue, I mean there are only twelve to consider and only one of that twelve will fit in the six lights available.

23a Physically, one working party confronts the Queen (8)
LABOURER:     One who does physical work is made from a political party on the left and our Queen’s regnal cipher.

24a Fashionable ring from the East given decorative setting (6)
INLAID:     The ring you had to physically turn to make a telephone call and a two-letter synonym of fashionable are reversed (from the East in an across clue) a decorative surface. If made from various wood veneers it is either marquetry or parquetry depending on whether the veneers are geometric or more artistic. My favourite tearooms in Harrogate have a fine collection.

25a ‘Prepare to be talked down to‘? (6,2)
LISTEN UP:     A nice little all-in-one, what you might say when you are about to talk down to someone is an opposite way of saying talk down.

27a Large portion of chicken or moussaka (8)
ENORMOUS: A colossal lurker (indicated by portion of) hidden in the last three words of the clue.

2d Withdraw from power pow-wow in NY, attracting publicity (6)
UNPLUG:     The abbreviation for an international peace organisation held in New York and a piece of advertising or publicity combine to take out the power lead from your electrical devices.

3d Climbing in Norway, deer graze with voracity (6)
GREEDY:     A reverse lurker, indicated by (climbing in a down clue). I have indicated the definition and that leaves very little to conduct your search.

4d Sweet thing lying in bed that may get dressed for afternoon tea (10)
STRAWBERRY:     A somewhat topical fruit currently dressed with lashings of cream at Wimbledon.

6d Package coming from Parisian in ‘Five Run Off Together’ (8)
ENVELOPE:     How a Parisian may say “from”, the Roman Numeral for five,  and what loving couples may do when they are prevented from marrying.

7d Arty composition from admirer — it’s a refined article (8)
FANTASIA:     A ***atic admirer and an anagram of “it’s a” and the indefinite article a give this arty composition.

8d Horse and rider encounter grumbling online? (8)
EVENTING:     This equestrian sport is a prefix used to indicate that there is an online element to the businessand the grumbling or letting off of steam.

9d City with listing feature in many travel guides (4)
PISA:     Another all-in-one that isn’t hard to guess. How many cities are there that are famous for a building that lists.

13d Festivity at number one — turned up for unveiling (10)
REVELATION: A festivity, and at from the clue have an reversed abbreviation for number one, the “unveiling” of St John the Divine perhaps.

15d Rough verse being penned in ‘A Representation of Serbia’ (8)
ABRASIVE:     Partial anagram here, combine Serbia, A from the clue and V for verse. to make something rough.

16d Bribe to provide roof for a humble home (8)
BUNGALOW:     The bribe that football agents are alleged to take, a from the clue and a synonym of humble make a single-storey home.

19d One gets access to rifle stores (6)
LOOTER:     Another all-in-one, He who breaks into stores to steal or rifle through things he isn’t going to pay for.

20d Publicist loves to receive books directly (6)
PRONTO:     The publicist responsible for public relations, two examples of love as a tennis score around the second half of the bible.

Bored silly by this as a child but now I love it;

Thanks for the third word Gazza