Good morning from South Staffs on a damp, grey morning.

I found today’s Giovanni to be at the harder end of his range, with a good deal of (not so) General Knowledge required. The crossing pair at 24a and 18d were the last two to fall, and I was close to awarding **** for difficulty.

1a           Doris cavorting by couch, undressed (8)
DISROBED – Anagram (cavorting) of DORIS followed by another word for a couch.

9a           Limit damage produced by drink (6)
MARGIN – Another word for ‘damage’ or ‘spoil’ followed by a distilled alcoholic drink.

10a         Set of books this writer wrapped in paper in tasteful style (8)
DAINTILY – The abbreviation for one of the sets of books in the Bible and a pronoun for ‘this writer’ are put together and are wrapped in a word describing papers such as the Telegraph, Mail or Express.

11a         Lover makes soldier lament no end (8)
PARAMOUR – An airborne soldier followed by another word for ‘lament’ minus its final letter.

12a         Thin little girl with musical instrument (6)
DILUTE – The definition is a verb, and is what you might do to a concentrated liquid. A short from of a girl’s (or princess’s) name is followed by a mediaeval stringed instrument.

13a         Left in desolate place with little money, engineers building for community (6,6)
HEALTH CENTRE – Insert Left into a desolate place such as the one where the three witches greet Macbeth, then add a small US or Euro coin and the initials of the usual regiment of Engineers.

16a         Nasty ice on side bed — problem in the earliest garden? (12)
DISOBEDIENCE – Anagram (nasty) of ICE ON SIDE BED, giving us the fault which got Adam and Eve thrown out of the Garden of Eden.

19a         Getting rid of top motorsport group (6)
FIRING – Two letters which look like the alphanumeric contraction of the top level of motor racing – the one where Lewis Hamilton is currently top of the pile – followed by a group or conspiracy.

23a         Giving party attended by group of people (8)
DONATION – One of the usual crossword parties followed by a political or ethnic group of people.

24a         Tree illuminated, one at back of church (6)
LITCHI – Put together ‘illuminated’, the last two letters (back) of churCH and the Roman numeral for one, giving us an alternative spelling of the Chinese fruit tree which is the source of the dessert often served in Chinese restaurants. 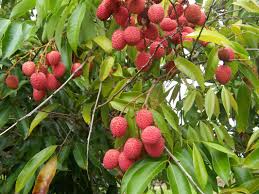 25a         The Parisian coming to Chichester maybe as a tenant (6)
LESSEE – To solve this clue it helps to know that Chichester is the seat of a bishop. Then we can put together the French plural definite article and a word for a bishop’s area of responsibility.

26a         Grounds under water? (8)
SEDIMENT – Cryptic definition of the sludge found at the bottom of a coffee cup or a river.

2d           Scotsman outside wicked African city (6)
IBADAN – Another word for ‘wicked’ with a typically Scots name wrapped round it, to give a city in the south-west of Nigeria.

3d           One sort of music or another introducing Georgia (5)
RAGGA – Put together the sort of music played by, for example, Scott Joplin, and the abbreviation for the state of Georgia, to produce another musical genre, described in the BRB as ‘a type of rap music, developed from reggae and influenced by dance rhythms’.

I looked for a clip illustrating the answer, but the comments on the ones I found said they weren’t really the answer, so here’s a bit of the wordplay instead:

5d           Philosopher performed, having rushed up (7)
DIDEROT – Another word for ‘performed’ of ‘carried out’, followed by the reverse (up) of another word for rushed. This produces an 18th-century French philosopher known for his work on the Encyclopédie. 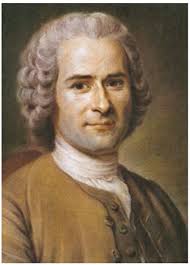 7d           Favourite uncle somehow hiding a bad temper (9)
PETULANCE – Another word for a favourite followed by an anagram (somehow) of UNCLE with A (from the clue) inserted (hiding a).

13d         Yobs lashing out about nothing repeatedly (9)
HOOLIGANS – Anagram (out) of LASHING, wrapped around two instances (repeatedly) of the letter which looks like a zero.

14d         Set against a ledge, wobbling (9)
CONGEALED – A short form of a word for against (usually contrasted with ‘pro’) followed by an anagram (wobbling) of A LEDGE.

18d         A line of language? (6)
HYPHEN – Cryptic definition of the horizontal line used to link two words or two parts of a word which has overflowed on to the next line.

22d         Dope beginning to disturb a stomach (5)
DATUM – The first letter (beginning to) of Disturb followed by A (from the clue) and a familiar word for the stomach.