Good morning from South Staffs on a blustery autumn day.

Plenty of General Knowledge in today’s Giovanni, with mathematicians, philosophers, biblical figures and astrological signs, but the wordplay will enable solvers to reach the answers. I didn’t much like the clue for 14a, which seems to be incomplete in some respect.

5a           Possibly Greek girl hugged by top officer (7)
CLASSIC – The abbreviation for a commander in chief wrapped around another word for a girl.

7a           Individual backing church, a biblical figure (5)
ENOCH – Reverse (backing) a number which means ‘individual’, then add an abbreviation for church, to get an Old Testament figure, father of Methuselah and great-grandfather of Noah.

9a           Sly monarch giving a sign (6)
ARCHER – Another word for ‘sly’ or ‘knowing’ followed by the regnal cipher of our Queen, giving the English version of a sign of the Zodiac more usually known by its Latin form. 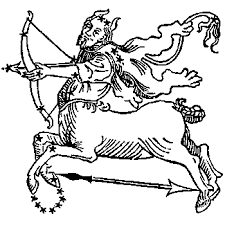 11a         Unhappy knight taking shelter after party (10)
DISCONTENT Put together a party involving recorded music, the chess notation for a knight, and a form of shelter used by campers.

13a         Performer looking shamefaced about hiding love (4)
DOER – Reverse (about) the colour you go if you’re shamefaced, then insert the letter which looks like a love score at tennis.

14a         They’ll keep getting into jams (13)
PRESERVATIVES – Cryptic definition (?) of substances used to make foodstuffs last. But, as Mrs DT assures me, these are not used in proper jams because the level of sugar is high enough to remove the need for them, so we shouldn’t read the whole clue as being the definition. There’s another word for jams around the outside of the answer, but no indication of how to get to the other letters.

17a         Top men in power meeting a horrible rich star (10)
PATRIARCHS – An abbreviation for Power followed by A (from the clue) and an anagram (horrible) of RICH STAR.

20a         Accusation of assault (6)
CHARGE – Double definition: a formal accusation; or a military assault leading to close combat.

22a         Engineers getting TV tuned in afresh? (5)
RESET – The initials of the usual engineer regiment followed by a word which often follows ‘TV’ to describe the item of equipment used to show TV programmes.

23a         Enduring scene’s central feature — bird by a lake (7)
ETERNAL – Put together the middle letter (central feature) of scEne, a seabird which often appears in crosswords, A (from the clue) and an abbreviation for Lake.

1d           Hospital bill rising in city (4)
BATH – Put together the road sign abbreviation for a Hospital and the sort of bill you might run up during an evening in a bar or restaurant, then reverse the lot to get a city in the West of England.

3d           Mathematician‘s achievement displayed outside empty room (6)
FERMAT – Remove the middle letters from R(oo)M, then wrap the result in an achievement or exploit. The answer is a 17th century mathematician whose Last Theorem, that no positive integers a, b and c exist such that an + bn = cn  for any value of n greater than 2, was only recently proved.

4d           Surrendered or carried on for an extended period? (6,4)
ROLLED OVER – Double definition, the second being what happens when a fixed-term loan or deposit is replaced by another similar term. 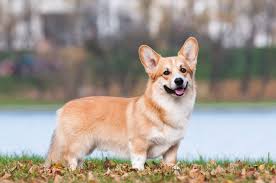 8d           Lady issuing invitations — thus husband is upset about groups turning up (7)
HOSTESS – Start with ‘thus’ and an abbreviation for Husband. Reverse (upset) the result and wrap it around the reverse (turning up) of some groups or collections.

12d         Quality of thick liquid in a pit absorbed by plant (10)
CREAMINESS – Put together A (from the clue) and the sort of pit from which coal might be extracted, then wrap the result in aplant which goes well with egg in sandwiches.

15d         Nervous type who is outdoors with binoculars? (8)
TWITCHER – This literally describes someone with a nervous tic, but is used figuratively to describe the behaviour of some obsessive birdwatchers, hence the birdwatcher in person.

17d         Factories producing line in underwear (6)
PLANTS – Insert an abbreviation for Line into some underwear (or for our North American readers, the outerwear that we call ‘trousers’).

18d         There’s little good in cad posing as philosopher (5)
HEGEL – An abbreviation for Good inserted into a cad or dishonourable person, producing a 19th-century German philosopher.

21d         Social worker interrupted by superior female (4)
AUNT – The letter indicating ‘superior’ or ‘upper-class’ is inserted into one of the usual social insects, to get a female relative.