Good morning from a soggy South Staffs. All the Christmas visitors departed yesterday, and suddenly the house seems very quiet.

Giovanni will test your knowledge of elderly comics and Victorian horse-drawn transport today, but as usual the wordplay will enable you to find the answer. This is the last Giovanni of 2017. A Happy New Year to all our readers, and see you next year.


8a           Secret English drunkard, top woman in charge (8)
ESOTERIC – Put together English, a drunkard, the initials attached to the most important woman in Britain, and an abbreviation for In Charge.

9a           Old TV comic Phil gets more than one second prize (7)
SILVERS – The surname of the actor who played Sgt Bilko could also be what someone who finished second in more than one Olympic competition received.

11a         Old boy in state that’s unstable and unlikely to change (9)
OBSTINATE – The abbreviation for a school’s old boy followed by an anagram (unstable) of IN STATE.

13a         Star writer with story about origin of cricket (8)
PENTACLE – Something to write with followed by a story wrapped around the first letter (origin) of Cricket. 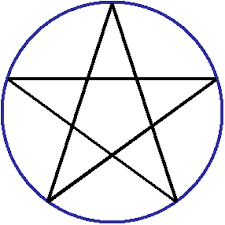 14a         Animal that surprises me has rushed around (6)
RACOON – An expression of surprise with a synonym of ‘rushed’ wrapped around it. 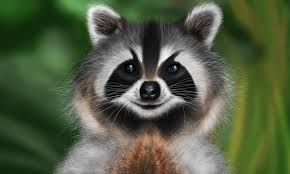 17a         Method of payment on doorstep for fish (3)
COD – Split this (1,1,1) and you get some trading terms where delivered goods are handed over in return for cash paid at the point of delivery. Otherwise it’s a fish often eaten with chips.

20a         Fairy in a Shakespeare play, fine material (6)
COBWEB – Double definition, the first being one of Titania’s attendants in A Midsummer Night’s Dream.

23a         Like many a Catholic priest in church, albeit naughty (8)
CELIBATE – Anagram (naughty) of ALBEIT with the initials of the Church of England wrapped around it.

26a         One has unexpected closeness, no win ultimately, having two sides equal (9)
ISOSCELES – The Roman numeral for one followed by an anagram (unexpected) of CLOSE(n)ESS with the last letter of wiN removed. 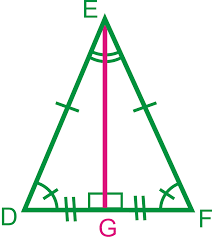 28a         Problem for film director (5)
HITCH – Double definition, the second being a familiar shortening of the name of the director of Psycho.

29a         Female dumping male by street, I have to be merry (7)
FESTIVE – Remove the MALE from FE(male) and add the abbreviation for street and the contracted form of ‘I have’.

30a         Vehicle taking Laurel and Bob maybe (8)
STANHOPE – Put together the first name of Mr Laurel and the surname of American comedian Bob, to get a sort of horse-drawn vehicle. 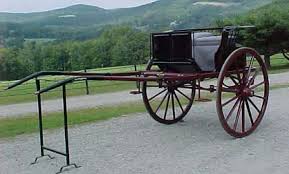 31a         Type of moneylender certain to be found in old city (6)
USURER – Another word for ‘certain’ with the usual ancient Chaldean city wrapped around it.

2d           In France good noise comes with good rapport (7)
BONDING Put together the French word for ‘good’, a loud noise or racket, and Good.

3d           Loss of employment is hard — party must be held (9)
SEVERANCE – Another word for hard or harsh, wrapped around the initials of the political party of which Nelson Mandela was a leading light.

4d           Greek character has briefly purloined weapon (6)
PISTOL – A Greek letter followed by another word for ‘purloined’ with its last letter removed (briefly).

6d           Dance has the old man taking front position (5)
PAVAN – A two-letter familiar term for ‘father’ or ‘the old man’, followed by the lead position in an approaching army.


15d         Opposing inauthentic sort of singing in church (9)
ANTIPHONY – A prefix meaning ‘opposing’ followed by ‘inauthentic’ or ‘sham’. This is the sort of singing where one half of a choir sings in response to the other.

16d         Vessels — they glide along? (8)
COASTERS – Cryptic definition of some ships – perhaps dirty British ones with salt-caked smokestacks – which could, in another context, be vehicles coming downhill with no tractive effort being applied.

18d         Spectator as a weekly publication (8)
OBSERVER – Another word for a spectator, perhaps one paying close attention, which is also the name of a Sunday newspaper (the home of the Azed crossword).

24d         Everything one has in car (6)
ESTATE – Double definition, the first being a legal term for all the real and personal property in your possession, especially at the time of death.

27d         Mythical being, after last day of week, starts to yawn and relax (5)
SATYR – The abbreviation for the last day of the week (the proper one, where Sunday is the first), followed by the initial letters (starts) of Yawn and Relax.

I am indebted to Miffypops for drawing my attention to this letter in today’s paper, referring to the retirement of Rufus:

SIR – You reported (December 17) that Roger Squires is retiring from a career of setting crosswords for The Daily Telegraph and other publications.

To mark the occasion, I offer the following, which may reflect many people’s reaction upon finally reaching retirement: Hurrah! Finally, finally, I very quietly come to the last clue. The End (6).