Good morning from South Staffs in the still United Kingdom on a dull, grey morning.

I fairly rattled through today’s Giovanni, only coming into ** territory because I had one letter wrong in 16d and had to go back to correct it. But then I knew the French word which makes up part of 25a and the vessel in 4d.

11a         Tabloid’s monetary fund is something astronomical (7)
SUNSPOT – The title of one of Murdoch’s papers, with the ‘s from the clue, followed by a fund of money such as may be found at stake in a hand of poker.

14a         Do they also have night vision? (11)
DAYDREAMERS – Cryptic definition of people who have visions but not at night.
ARVE Error: need id and provider

24a         Female leading ancient church congregation (4)
FOLD – An abbreviation for Female followed by a word for ancient.

25a         Fish swirls by discharge (6,4)
CONGER EELS – A relatively uncommon word of French origin for discharge or dismissal, followed by a word meaning swirls or staggers. 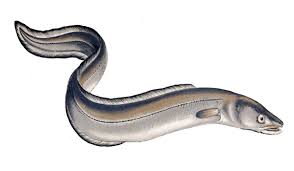 1d           After game see team somewhere by the water (8)
POOLSIDE – A table game often played in pubs followed by another word for a sports team.

2d           City types liable to lose their aspiration (8)
COCKNEYS – A mildly cryptic definition of those inhabitants of London who always drop their Hs in crosswordland.
ARVE Error: need id and provider 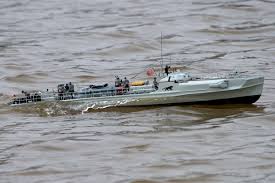 6d           Right away, obtains a bit of money, as one falling into line (11)
ACQUIESCENT – Remove the R (right away) from a word meaning ‘obtains’ and add a small American or Euro coin.

8d           Advanced years of magistrate receiving cheers (6)
DOTAGE – The former chief magistrate of Venice, with a word meaning ‘cheers’ or ‘thank you’ inside it.

16d         Discharged, left place exempt from duties (4,4)
FREE PORT – One who has been discharged or let out, followed by the nautical word for left.

17d         One could make hog speed? A different animal, more like! (8)
SHEEPDOG – Anagram (could make) of HOG SPEED, giving a creature which makes another farm animal run. 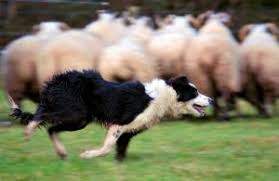 19d         Bill catches cat, one power-driven somehow (6)
ATOMIC – A male cat and the Roman numeral for one inside an abbreviation for a bill.