Good morning from Killala in County Mayo, where we are staying for a few days. My host suggests this post should be called ‘the blog from the bog’.

One or two less common terms from Giovanni today, which took me up to the top end of ** for difficulty.

1a           Cavalier poet‘s infant still at mother’s breast (8)
SUCKLING – Double definition, the first being a 17th-century English poet, who is also alleged to have invented the game of cribbage.

5a           Female music artist, mostly very cold (6)
FRAPPE – Female followed by one of those ‘music’ artists whose act consists of speaking over a repetitive beat, but with the last letter removed (mostly) to give a term applied to very cold drinks.

9a           VIP has to fall down before monarch, that’s an obvious thing (2-7)
NO-BRAINER – Put together a VIP or toff, a verb meaning to fall down from the sky, and the regnal cipher of our Queen.

11a         Domineering woman has thrown out a number of stars (5)
VIRGO – Remove (thrown out) the A from a word for a domineering woman to get a constellation which is a sign of the Zodiac.

12a         Garment being worn by companion in Italian river (6)
PONCHO – A two-letter word for ‘worn by’ and the letters after the name of a Companion of an Order similar to the Order of Merit, all put inside the usual crossword Italian river. 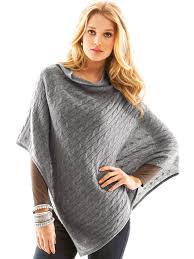 13a         A good fortune pro’s lost, bringing harshness (8)
ASPERITY – Start with A (from the clue), then remove the ‘pro’ from the front of a word for good fortune or success. 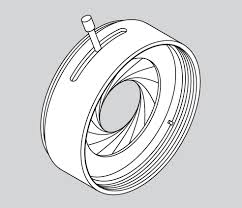 18a         One reduces the price as a matter of policy (2-6,5)
NO-CLAIMS BONUS – Cryptic definition of what you may well have on your car insurance policy.

22a         Most unattractive nuisance gets sprawled out to tuck in (8)
PLAINEST – A word for sprawled out or lying down inside a word for a nuisance.

23a         Ruler returning prohibits any dissent? Not entirely (6)
DYNAST – Hidden in(not entirely) the clue in reverse (returning). Hands up those who put ‘tyrant’as their first answer!

26a         Polish relish? (5)
TASTE – Double definition, the first being the polish displayed by a cultured person.

29a         Loud and wild tom cat intercepted by university odd-job man (8)
FACTOTUM – The musical symbol for loud followed by an anagram (wild) of TOM CAT with University inside it.
ARVE Error: need id and provider

1d           Horse’s knocked over little relative — that’s the general view (8)
SYNOPSIS – Reverse (knocked over) a word for ‘horse’s’ and add a diminutive for a sibling.

7d           Fruit I am beginning to munch — individual needing to eat that (9)
PERSIMMON – Put an abbreviated form of ‘I am’ and the first letter of Munch inside a word for an individual. 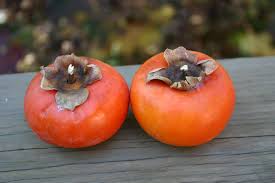 8d           My negative response upset Jeremiah maybe (6)
EPONYM – Reverse (upset) MY (from the clue) and a form of the negative response, to get a word relating to someone who appears, like Jeremiah or Tristram Shandy, in the title of a work in which they appear.

20d         Lad getting caught faces excessive ban (7)
BOYCOTT – Put together a lad, the abbreviation for ‘caught’ in a cricket scorecard, and a three-letter expression for excessive. Particularly relevant for me today, since the character whose name gave rise to the expression which is the answer was in County Mayo when the action against him was started.

24d         Stop girl looking up and down on street (5)
AVAST – A nautical term for stop is made up of a palindromic girl’s name and the abbreviation for street.