Good morning from South Staffs on another damp, grey morning.

A couple of tricky constructions from Giovanni this morning, which took me almost into *** territory.

1a           Induce spell of energetic play in gym (6)
{ PROMPT } Some boisterous play inside one of the abbreviations for gym exercises.

4a           Short reptile sits beside American plant (6)
{ CROCUS } The shortened form of a large reptile followed by an abbreviation for American. 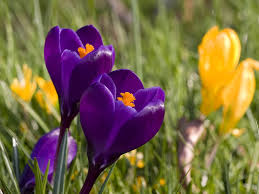 10a         Reduce the intensity of reminder from club treasurer? (6)
{ SUBDUE } Cryptically, this is what a club treasurer might say to a member who is slow to pay up.

11a         Fibre is hard, in need of ventilation (4)
{ HAIR } An abbreviation for Hard followed by what is provided by ventilation.

13a         Bristol lady is seen to be such a money-grabber! (4-8)
{ TOLL-GATHERER } The definition is someone who collects taxes, for crossing a bridge, for example. ‘Bristol lady’ is, cryptically, seen to be such a person because the variety of tax can be found hidden inside those words.

16a         University is hard — chaps finally admit shock (12)
{ ASTONISHMENT } Put together the name of a West Midlands university, IS (from the clue), Hard, some chaps, and the final letter of admit.

21a         Any number in club gear come together (4)
{ KNIT } The algebraic symbol for any number inside some team uniform.

23a         Boss has drink with little hesitation, one to join the men (8)
{ SUPERIOR } Put together a verb for drink, a hesitation, the Roman numeral for one, and the usual military men. 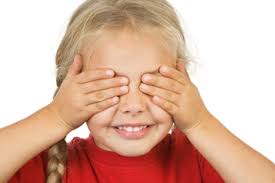 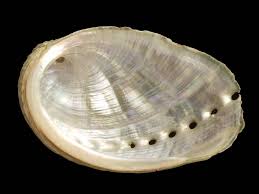 3d           Criticise artist holding party, a troublesome female (7)
{ PANDORA } A word for a party is placed in between an informal word for criticise and the usual artist, giving one who opened a box when she shouldn’t have.

6d           Member in taxi to drive down, providing urgent message (9)
{ CABLEGRAM } One of the usual members placed between a taxi and a verb for ‘drive down’ or compact.

7d           Plaster that’s mostly irremovable, firm (6)
{ STUCCO } A word for irremovable, missing its final letter (mostly) and an abbreviation for a firm.

14d         Metal is brought round that place to be beaten (9)
{ LEATHERED } A metallic element wrapped around the adverb for ‘that place’.

15d         Worker that is eating tiny amount — it should improve health (8)
{ ANTIDOTE } … but only if you’ve been poisoned. One of the usual workers followed by the Latin abbreviation for ‘that is’ wrapped around a small amount.

18d         Generous type perhaps keeping quiet when cheat appears (7)
{ SHARPER } Someone who doesn’t keep everything for himself, with the musical  symbol for quiet inside, giving someone who cheats at cards.

21d         Fate of King with fleet of ships a third destroyed (5)
{ KARMA } A chess king, followed by the first two-thirds of the fleet which Philip of Spain sent against Elizabeth I.