We have a pangra missing the X this morning, which suggests a ProXimal production. I was held up by two pairs of crossing clues towards the end of solving the puzzle, and that pushed me well into *** time. 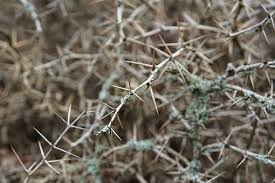 10a         Rat sick with love for second one (6)
INFORM – The definition is a verb. Start with another word for ‘sick’, then replace the second occurrence of the Roman numeral for one with the letter that looks like a love score in tennis.

11a         Small organisms, hundred on piece of wood (8)
PLANKTON – A sawn piece of wood, followed by an informal word for a hundred. 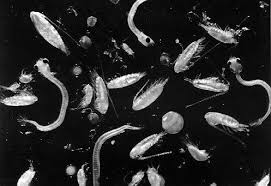 12a         About to be disciplined with respect to athletics event (3,3,4,4)
FOR THE HIGH JUMP – The first word of the answer can mean ‘with respect to’. The remaining words are an athletics field event. The whole is a metaphor suggesting the approach of severe punishment.

15a         Pass water day back, seeing bass (4)
DEEP – Put together a euphemistic word for ‘pass water’ and an abbreviation for Day, then reverse (back) the result.

17a         Second cold chip (5)
SHARD – An abbreviation for Second, followed by another word for ‘cold’, perhaps applied to a winter. The answer is a chip or fragment of pottery or glass.

19a         Still recalled interview with odd characters getting rejected (4)
EVEN – Alternate letters of iNtErViEw, read from right to left (recalled). 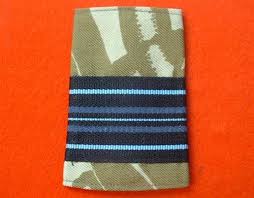 28a         Spoil American for nothing with an addition to cake (8)
MARZIPAN – Put together another word for ‘spoil’, an American usage meaning ‘nothing’, and AN (from the clue).

2d           Mixture of scrap for all to see in books (6)
RAGOUT – A scrap of cloth, followed by the initials of one of the sets of books in the Bible wrapped round the cinematic classification allowing everybody to see the film. The mixture is a food term. 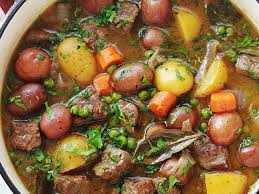 3d           Bargain goes fast after sale’s first promoted (4)
SNIP – Another word for ‘goes fast’ (as in ‘she — to the shops before dinner’) has the first letter of Sale moved from the back to the front.

4d           Associate cut short offensive husband (6)
ATTACH – An offensive move is cut short, then the abbreviation for Husband is added.

6d           Pressure with rent as part of salary that’s deficient (10)
INCOMPLETE – Put together an abbreviation for Pressure and another verb for ‘rent’, then wrap another word for what a salary is around the result.

13d         Eclipse on display, when crossing middle of meadow (10)
OVERSHADOW – Another word for ‘on’ or ‘about’, followed by another word for ‘display’ wrapped round the middle letters of meADow.

14d         Canadian neighbour in Toronto had illness coming back (5)
IDAHO – A US state on the Canadian border is hidden in reverse in the clue.

21d         Pollution choking city guide (6)
DIRECT – A general word for ‘pollution’ or ‘filth’ wrapped round the postcode letters for the City of London.

22d         Get at article within container (6)
ATTAIN – AT (from the clue) followed by a container (holding paint, perhaps) wrapped round an indefinite article.

24d         Several wanting Germany instead of Southern Hemisphere (4)
DOME – Start with a word for ‘several’, then replace the abbreviation for Southern with the IVR code for Germany. 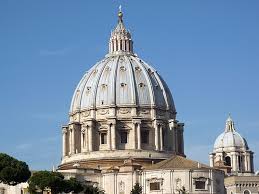 26d         Metal cable (4)
LEAD – Double definition, the second being an electrical cable connecting two pieces of kit, or connecting the kit to a power source.