I got through today’s puzzle with no real hold-ups, but there are one or two less common words which may give pause for thought.

1a           Zoom lens that’s employed covertly, by the way (5,6)
SPEED CAMERA – An all-in-one clue: a verb meaning ‘zoom’ and the device which contains a lens. These banes of a motorist’s life are hidden by the roadside to raise revenue.

10a         A practice happy families perhaps contest when visiting (4,4)
AWAY GAME – Put together A (from the clue, another word for ‘practice’ or ‘method’, and what Happy Families is an example of.

16a         Anticipate spring — what might be shot to accompany article? (4,3,3)
JUMP THE GUN – Put together another word for ‘spring’ or ‘leap’, a definite article, and something which may be shot.

18a         What may cover area with tender loving care? (4)
TALC – Another all-in-one clue: the acronym for ‘Tender loving care’ is wrapped round an abbreviation for Area, and the whole clue shows what you may do with the answer.

21a         Filled one’s sack going round university (6)
IMBUED – Another way of expressing ‘one is’, followed by what is colloquially referred to as the sack, wrapped round an abbreviation for University. 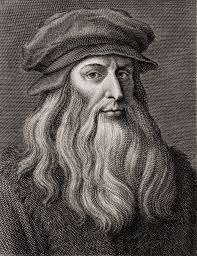 25a         Opening for hearing next to old currency reserve (7)
EARMARK – An opening in the head used for hearing, followed by an old European currency.

26a         Spin drier in the bathroom? (6,5)
ROLLER TOWEL – Cryptic definition of a device found in public conveniences which is supposed to allow each user to have fresh piece of cloth to dry his or her hands.

2d           Standard directions given with clue (6)
ENSIGN – Two compass points followed by another word for ‘clue’ or ‘indication’, giving us a standard carried into battle.

4d           Group, Three Degrees — one’s heading north, another fails to appear (4)
ABBA – Start with the letters after the name of three Arts graduates. Reverse (heading north, in a Down clue) the first, add on the second, and give the third the afternoon off, to get the name of a Swedish group formed in 1972.

5d           One’s posted eleven redrafts to capture action in theatre (8)
ENVELOPE – Anagram (redrafted) of ELEVEN, wrapped round the short form of the word for a procedure in a hospital theatre.

6d           A Queen song about upper-class homes for goldfish? (7)
AQUARIA – Put together A (from the clue), the chess notation for a queen, the letter indicating ‘upper-class’’, and an operatic song.

7d           I encourage comic to entertain Juliet, sweet thing (6,5)
ORANGE JUICE – Anagram (comic) of I ENCOURAGE, with the letter represented by Juliet in the NATO alphabet inserted.  Warning for Terence: may contain bits!

9d           Crazy about going to Yale? One counts the hours, chirpily (6,5)
CUCKOO CLOCK – Another word for ‘crazy’, followed by the Latin abbreviation for ‘about’ or ‘approximately’ and the fastening of which Yale is a brand name. 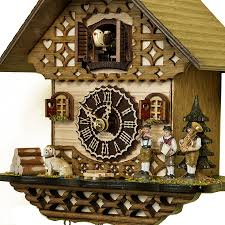 12d         Daughter enters wearing uniform — that comes with stick and carrot! (10)
INDUCEMENT – Put together a short word for ‘wearing’, an abbreviation for Daughter, the letter represented by Uniform in the NATO alphabet, and a word for ‘stick’ or ‘adhesive’.

15d         Delicate and French, that man getting physical (8)
ETHEREAL – Put together the French word for ‘and’, the pronoun for ‘that man’, and another word for ‘physical’ (as opposed to ‘imaginary’).

17d         Tough dragon maybe accommodating British, not northern (7)
MOBSTER – Start with a word for the sort of creature of which ‘dragon’ is an example. Then remove the abbreviation for Northern and relace it with an abbreviation for British.

19d         Announced Prince Charles possibly to get overseas post (7)
AIRMAIL – This sounds like a heraldic term (4,4) describing Prince Charles’ relationship to the Queen.

20d         Warden aggravated the cross nominee for Scotland (6)
ANDREW – Anagram (aggravated) of WARDEN, producing the name of the person  referenced in the flag of Scotland. 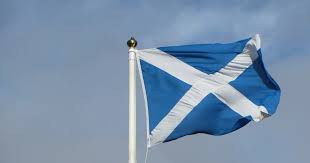 23d         Plates of meat ending up in garden party (4)
FETE – Start with what Cockney rhyming slang calls ‘plates of meat’, then moe the last letter up one place.

The Quick Crossword pun KNOW + THREW + RODE = NO THROUGH ROAD