Good morning from South Staffs, where the grey and drizzly start to the day mirrors the constant grim news from Ukraine. It’s good to have a crossword to divert one’s attention.

Today’s puzzle was a steady solve for me, with no particular hold-ups, and just into *** time.

8a           Gathered parent essentially is stopping friend travelling (8)
INFERRED – Anagram (travelling) of FRIEND wrapped round the middle letters of parent.

11a         Finish off aircraft design (4)
PLAN – Remove the final letter (finish off) from another word for an aircraft.

16a         Type of bread in grill with very bare metal (12)
PUMPERNICKEL – Put together another word for ‘grill’ or ‘question’, the inside letters (bare = uncovered) of vERy, and a metallic element. 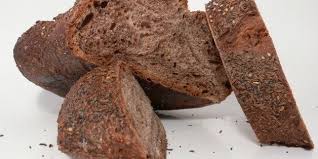 20a         Legendary little guy developing Herculean power is inspired (10)
LEPRECHAUN – Anagram (developing) of HERCULEAN, with an abbreviation for Power inserted.

22a         Ring Eric about touring Cornwall on vacation (6)
CIRCLE – Anagram (about) of ERIC wrapped round the outside letters (on vacation) of CornwalL.

23a         Learned rubbish mostly over period of time (8)
LITERATE – A word for the rubbish dropped in the street, minus its final letter (mostly), is wrapped round a long period of time.

24a         Dirty newspaper I left filling hotel yard (6)
FILTHY – Put I and Left (from the clue) inside the two-letter acronym for a pink newspaper, then add the letter represented by Hotel in the NATO alphabet and an abbreviation for Yard.

25a         Review of court decision to attract interest (6)
APPEAL – Double definition, the first being where a higher court is asked to review the decision of a lower one.

1d           Overheard complaint initially about student that waiter brings? (4,4)
WINE LIST – A word which sounds like a complaint or moan, and three letters which look like an alphanumeric way of writing ‘initially’, placed either side of the usual letter indicating a student or learner.

3d           Warning powerful rainstorm’s beginning to come in (7)
PORTENT – Another word for ‘powerful’, with the first letter  (beginning) of Rainstorm inserted (to come in).

5d           Foreign banker loves keeping Republican in touch regularly (7)
ORINOCO – One of those crossword bankers which have nothing to do with finance. Put together an abbreviation for Republican, IN (from the clue), and alternate letters (regularly) of tOuCh. Then add two examples of the letter which looks like a love score at tennis, one at each end.

6d           Repeatedly discovered fine string so essential (9)
INTRINSIC – The inside letters (repeatedly dis-covered) of fINe sTRINg, followed by a Latin word for ‘so’ or ‘thus’.

7d           Set tough English examination at last (6)
HARDEN – Put together another word for ‘tough’, an abbreviation for English, and the last letter of examinatioN.

15d         Stand is quiet at Leeds surprisingly (8)
PEDESTAL – The musical symbol for ‘quiet’, followed by an anagram (surprisingly) of AT LEEDS.

17d         Rising actor receives award that’s primarily for play (7)
MACBETH – Put together one of the higher orders of  the British Empire and the first letter (primarily) of That. Then reverse (rising) a word for a (bad) actor and wrap it round the result, to get the name of a play that theatrical folk avoid pronouncing.

21d         Cheddar, for instance, attractive old American ignored (5)
GORGE – Remove the abbreviations for Old and American from the end of a word for ‘attractive’, to get this geographical feature, one of which is at Cheddar. 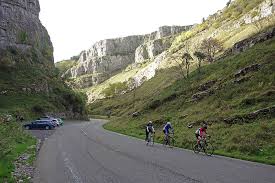