Good morning from South Staffs on a wet and windy morning.

We have an X-less pangra this morning , which gives us hefty clue about the setter. I was held up in the end by three interlocking clues in the NW corner, which pushed the solving time into **** territory for me. 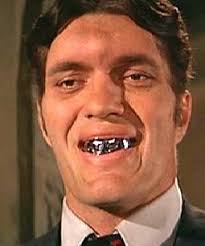 9a           Pronounced damage to fruit plots (5)
BREWS – A word which sounds like the sort of damage frequently found on, for example, apples.

12a         Large type of bricks covering major city (5,8)
BLOCK CAPITALS – A major or chief city of a country is inserted into some building bricks.

14a         New bug going round, caught in gym with child (8)
PREGNANT – Put together New and another word for ‘bug’ or ‘annoy’, reverse the result and insert it into a two-letter acronym for the lesson known as ‘gym’.

17a         Councillor casual and not pressed (6)
CREASY – An abbreviation for ‘councillor’, followed by another word for ‘casual’

19a         Joining transport heading off on motorway (8)
MARRIAGE – The usual letter denoting a motorway, followed by a word for the transport of goods or passengers, minus its first letter (heading off).

24a         Friendly porter seen regularly when working (9)
PRESEASON – This is a friendly football match played before the competition begins. Alternate letters of PoRtEr SeEn, followed by another word for ‘when’ and ‘working’.

25a         Device used in writing club successfully in the end (5)
IRONY – A literary device made up of a type of golf club and the last letter (in the end) of successfullY.

26a         One against South European wine ignoring Italy (4)
EAST – One of those opposing South at the bridge table. An abbreviation for European followed by crosswordland’s favourite sparkling wine minus the IVR code for Italy.

27a         Burrow fast incorporating space for colony (10)
SETTLEMENT – The sort of burrow occupied by badgers, followed by a Christian period of fasting, wrapped round a printer’s space.

1d           Lacking credit, cancels membership fee (4)
SUBS – Remove the abbreviation for CRedit from another words for ‘cancels’ to get a short version of the word for one’s annual membership fee to a club or organisation.

4d           Queen scoffed about male monarch sitting again (8)
RETAKING – Put together the Latin abbreviation for a queen, the reverse (about) of another word for ‘scoffed’, and a male monarch.

7d           Living in centre of Southampton upset friend (7)
ANIMATE – Put together IN (from the clue) and the middle letter of SouthAmpton, reverse (upset) the result, and add an informal word for a friend.

11d         University resident gathering class is not educational (13)
UNINFORMATIVE – A short word for ‘university’, followed by a resident or local of a place wrapped round a class of schoolchildren.

16d         Foodstuff in steam on large overturned barrel (8)
HAZELNUT – Put together another word for ‘steam’ or ‘mist’, an abbreviation for Large, and the reverse (overturned) of a word for a barrel. 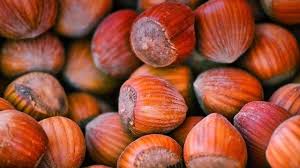 18d         Unlimited lenses ordered and worn by daughter (7)
ENDLESS – Anagram (ordered) of LENSES wrapped round an abbreviation for Daughter.

22d         Sample foremost of sculptures where it might be displayed? (5)
TASTE – The first letter (foremost) of Sculpture is inserted into a place in London where a sculpture might be on show.