A good Friday challenge, with some definitions that needed a little lateral thinking. Thanks to the setter.

1a           Flower we could cut small twice with a similar result (7)
BLOSSOM – As the clue says, you could remove two instances of the abbreviation for Small from the answer, and still have a word that means the same.

9a           Enthusiastic in punt with initial change of direction (5)
EAGER – Start wit another word for ‘punt’ or ‘bet’, then remove the initial letter and replace it with another which suggests a reversal of direction.

11a         Squashes that could make a snack (10)
SANDWICHES – As a verb, the answer means ‘squashes between two other objects’; as a noun the answer is a well-known snack.

12a         Religious education brings in very little money, or ‘ready’ (4)
RIPE – The usual acronym for Religious Education, wrapped round what looks like the small est denomination of our coinage.

14a         Degrees of difference between the seasons? (12)
TEMPERATURES – Cryptic definition of one of the factors that changes from season to season.

22a         A spinning top is one’s pick-me-up (10)
HELICOPTER – Cryptic definition of a type of aircraft which has a spinning blade on top to provide lift. 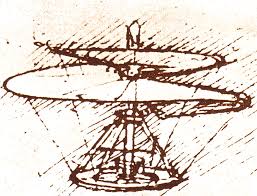 25a         Declared hands with ace, diamonds, holding it back (9)
MENTIONED – Put together another word for the hands on a ship or in a factory, the number of pips on an ace, and the abbreviation for the Diamond suit, then reverse IT (from the clue) and insert it into the result.

26a         A trio of Democrats taking ecstasy carried on (5)
ADDED – A (from the clue) and three abbreviations for Democrat wrapped round the short name for an Ecstasy tablet.

1d           Bust of Romeo pinched by barbarian (6)
BREAST – A barbarian or brute , with the letter represented by Romeo in the NATO alphabet inserted.

3d           Street battle over heartless boy snatching stray food (10)
STRAWBERRY – Start with an abbreviation for STreet. Reverse (over) another word for a battle or series of battles, and add it to the first part. Then remove the middle (heartless) from B(o)Y and wrap the result around a verb meaning ‘stray’, before adding the result to the first two sections to produce the answer.

7d           More fancy getting into Gilbert & Sullivan — what must be going down? (8)
GLACIERS – The initials of Gilbert and Sullivan, placed either side of ‘more fancy (as applied to fabric)’, producing a natural phenomenon which, by its nature, moves downhill, and may also be said to be reducing (going down in another sense) as the world warms. 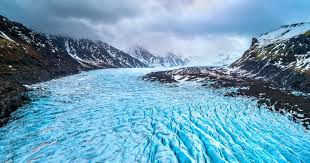 8d           Doctor Seuss framing what he might write with anxiety (8)
SUSPENSE – Anagram (doctor) of SEUSS wrapped round something to write with.

13d         Still in post on a railway (10)
STATIONARY – A military post or location, followed by A (from the clue) and an abbreviation for RailwaY.

15d         After sales talk, study’s done up with decorations (9)
PATTERNED – A salesman’s pitch or spiel, followed by the reverse (done up) of a study or retreat.

16d         Rising carbon — I’m about to support green business (8)
ECONOMIC – Put together the chemical symbol for carbon, I’M (from the clue), and another word for ‘about’ or ‘related to’. Reverse the result, and prefix it with the three-letter expression used to indicate that something claims ‘green’ credentials.

23d         Funding part of UK — that’s upset another country (5)
INDIA – Put together some charitable funding and the initials of a province of the UK, then reverse the result to get an Asian country.

24d         Feline figure seen within banks of lagoon (4)
LION – Two letters which look like a cardinal number, placed inside the outer letters (banks) of L(agoo)N.

My condolences to Miffypops for his family bereavement reported yesterday.

The Quick Crossword pun INNER + PICK + CALL = IN A PICKLE