Good morning from South Staffs on a damp and dreary morning. and, having seen the banner on the site, happy birthday to Crypticsue.

Apart from teasing out the parsing of 3d, where the answer was obvious but the construction wasn’t, I found today’s puzzle to be a steady solve. 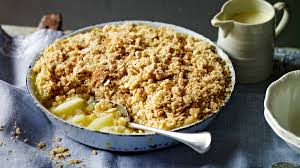 10a         Somehow depend on keeping agreement essentially indeterminate (4-5)
OPEN-ENDED – Anagram (somehow) of DEPEND ON plus the middle letter (essentially) of agreEment.

13a         Finished plan creating bank facility for customers (9)
OVERDRAFT – Another word for ‘finished’, followed by a plan or outline.

15a         Arrest adult trio that’s regularly expressed upsetting language (7)
ITALIAN – Put together an informal word for ‘arrest’ or ‘catch’, an abbreviation for Adult, and alternate letters (regularly expressed) of TrIo, then reverse (upsetting) the result to get a European language.

17a         Hound immoral head of judiciary in Northern Ireland (7)
BASENJI – Another word for ‘immoral’ or ‘low’, followed by the abbreviation for Northern Ireland wrapped round the first letter (head) of Judiciary. 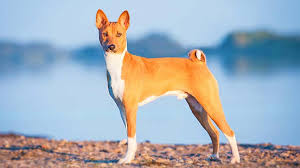 20a         Cast finishes off brief rehearsal you began watching (5)
FLUNG – The final letters (finishes) of the last five words of the clue.

21a         Unknown cuts record for composer (5)
LISZT – An algebraic unknown inserted into a record or sequence of items or events.

24a         Suggest what experienced fashion model might exhibit? (7)
PROPOSE – Split the answer (3,4) and you have something that an experienced or non-amateur model might adopt.

25a         Unfortunately rudeness almost is guaranteed (7)
ENSURED – Anagram (unfortunately) of RUDENES(s) without its last letter (almost).

1d           Rock band’s also touring large part of Australia (10)
QUEENSLAND – The band that Freddie Mercury used to front, plus the ‘S from the clue, and another word for ‘also’, placed either side of an abbreviation for Large.

2d           Worthless article yields nothing for American (6)
ABJECT – Start with a word for an article or thing, then replace the letter which looks like a zero with an abbreviation for American.

3d           Expel from university without reason extremely shocked individual (4,4)
SEND DOWN – The parsing of this one took me some time. Wrap the outside letters (extremely) of ShockeD around another word for a reason or motive, then add an adjective for ‘individual’ or ‘personal’.

4d           Second European defends abuse over guitarist originally in Blur (6)
SMUDGE – Put together a metaphorical word for ‘abuse’ or ‘slander’ and the first letter (originally) of Guitarist. Then put the abbreviations for Second and European either side of the result.

6d           Antipodean principal, small of stature reportedly (4)
KIWI – Put together homophones (reportedly) of another word for ‘principal’ or ‘crucial’ and ‘small in stature’, to get a familiar word for the people of one of the Antipodean nations.

7d           Film excerpt about reptile, current connection with it? (9,4)
CROCODILE CLIP – A large reptile followed by a four-letter word for a film excerpt, giving something that may be used to make an electrical (current) connection. 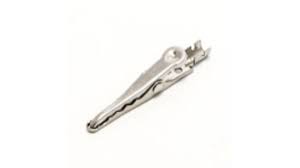 16d         Current lawsuit leads to state where nothing’s happening (8)
INACTION – Another word for ‘current’ (fashion) followed by another word for a lawsuit.

19d         Competed in medieval combat re-enactment topless, getting thrown out! (6)
OUSTED – Remove the initial letter (topless) from a word for what knights did in medieval tournaments.