Thanks to all those who expressed sympathy for my bad back last week, and suggested various remedies. Things are much better by now, and since the last two episodes were triggered by putting on my trousers and by getting out of the shower, I’ve decided that these are activities to be avoided. So if you see a grubby, half-clad person with a copy of the Daily Telegraph …

I would guess from the loose and quirky cluing that today’s puzzle is by Zandio. It took me into *** time to fill the grid, and by the time the penny dropped on the parsing of 12d, which wasn’t until I was writing the hints, probably well into *** time.

1a           Well-read party that’s considering writing? (4,4)
BOOK CLUB – Cryptic definition of a group of people who meet to discuss the work of an author. 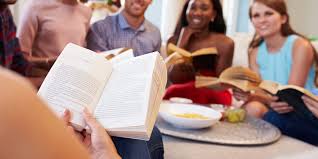 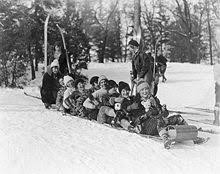 13a         Vast area of 100 miles covered by Ordnance Survey twice (6)
COSMOS – The Roman numeral for 100 and an abbreviation for Miles, each followed by the initials of the Ordnance Survey.

15a         Acclimatise in Japan maybe (6)
ORIENT – This verb for ‘acclimatise’ or ‘introduce’ could also be a description of where Japan is to be found.

18a         Pipes in sight carrying whiskey explode (8)
SEWERAGE – A three-letter verb for ‘sight’ is wrapped round the letter represented by Whiskey in the NATO alphabet, then followed by a verb for ‘explode’ or ‘lose your temper’.

20a         Cut two journalists (6)
HACKED – The definition is in the past tense. Put together two common crossword terms for a journalist.

23a         Ban-the-bombers holding missiles back ring military man? (8)
COMMANDO – The initials of a group calling for nuclear disarmament are wrapped round the reverse (back) of a shortened form of the word for the sort of missiles fired out of guns, then a ring-shaped letter is added to the end.

25a         Express found among European ship’s papers (6)
ESSAYS – Put together European and the usual crossword ship, then insert another verb for ‘express’, to get some papers which might be submitted as part of an examination.

1d           Simple when written in pen (5)
BASIC – another word for ‘when’ inserted into a brand of writing implement, named for a short form of the surname of the founder of the company which makes them. 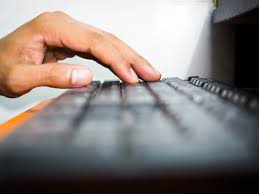 3d           China’s rising rugby player, flier (7)
LAPWING – Reverse (rising) another word for the person described as a ‘china’ in Cockney rhyming slang, then add a position on the rugby field, to get a variety of bird. 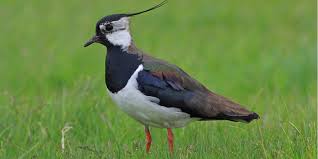 4d           Their residents who sleep in are taught a lesson (8,7)
BOARDING SCHOOLS – Cryptic definition of establishments which both accommodate and educate their inmates.

7d           Commercial outfit beginning to export electronic letter opener (9)
ADDRESSEE – Put together a short word for a commercial, a verb meaning ‘to outfit’, the first letter (beginning) of Export, and the letter used to denote Electronic. The answer is someone entitled to open a letter sent to him or her.

14d         Support for someone unfortunately getting carried away (9)
STRETCHER – Cryptic definition of the device used to carry a casualty away from the scene. 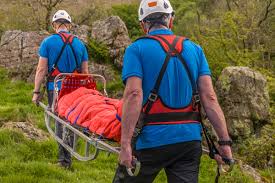 16d         Fashionable company meets occasionally to deliver these? (7)
INCOMES – Put together another word for ‘fashionable’, an abbreviation for ‘company’, and alternate letters (occasionally) of MeEtS.

17d         News items with hospital being scrapped I’d put in (7)
TIDINGS – Start with another word for ‘items’, remove the abbreviation for Hospital, and insert I’D (from the clue).

19d         Western delta is wild — around November it rarely dries out (7)
WETLAND – An abbreviation for Western followed by an anagram (is wild) of DELTA, wrapped round the letter represented by November in the NATO alphabet.

22d         Beast could be intimate without resistance (5)
FIEND – Remove the Resistance from a word for someone who is an intimate.