I thought today’s puzzle was one of Giovanni’s trickier compositions, taking me well into *** time. It will be interesting to see whae others think.

10a         Crucial time I have after event at Sadler’s Wells, maybe (9)
OPERATIVE – Put together the sort of production found at Sadler’s Wells (or Covent Garden, or La Scala), Time, and the short form of ‘I have’.

11a         Strange quality that lucky and unlucky numbers have? (7)
ODDNESS – In fact, half of all numbers have this quality. But see Gazza’s comment at 7 below, which points out something I’d missed about this clue.

12a         Divine messenger‘s strange email gripping church (7)
MICHAEL – Anagram (strange) of EMAIL wrapped round CHurch, giving us one of the archangels. 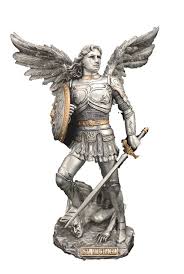 13a         Agent wants old books put in new container (5)
REPOT – A short form of the word for a commercial agent, followed by the abbreviation for the first half of the Bible.

14a         Providing precise information on action to blind mice? (9)
DETAILING – This is what the farmer’s wife was doing to the blind mice with her carving knife. 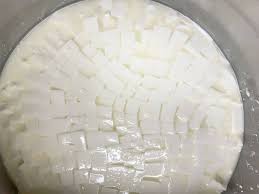 23a         Very cold types in top positions (7)
ICECAPS – Cryptic definition of something found on top of mountains, or at the poles.

27a         Gladly given permit to remain unproductive (3,6)
LIE FALLOW – An archaic word for ‘gladly’, usually seen in the construction ‘I had as — (done something or other)’, followed by a verb for ‘permit’.

28a         Electrical unit established by a lake in Africa (5)
VOLTA – A common electrical unit followed by A (from the clue). The lake is in Ghana.

1d           Colleague in middle of room keeping very quiet (4)
OPPO – The musical symbol for ‘very quiet’, with the middle letters of rOOm wrapped around it.

3d           Stuff like food that can be served again (10)
REPEATABLE – Put together a three -letter fabric or ‘stuff’, and an adjective which describes food in general.

4d           Excited men turning up to be given employment (6)
ROUSED – The usual abbreviation for military men who are not officers is reversed (turning up) and followed by ‘given employment’.

6d           Refuse from crowd building up (4)
MARC – This is the technical term for the refuse of grape pressing, used in some cases to make a distilled spirit. It can be found by reversing (building up) a verb for ‘crowd’ or ‘stuff’.

7d           Put new energy into troubled lives — one gets little thanks getting involved (8)
VITALISE – Anagram (troubled) of LIVES, wrapped around the Roman numeral for one and a short way of saying ‘thank you’.

8d           More than one scientist gets to go round island following old account (10)
GEOLOGISTS – Put together Old, an account of a ship’s voyage, and an abbreviation for Island, then wrap GETS (from the clue) around the result.

18d         Old poetry, lines put out with too much hype? (8)
OVERSELL – Put together Old, another word for poetry, and the plural abbreviation for ‘lines’.

20d         Projects worth millions finally abandoned (6)
THROWS – Anagram (abandoned) of WORTH and the last letter (finally) of millionS.