Good morning from South Staffs on a cloudy, grey day.

Nothing too obscure in today’s Giovanni, and a rather clever construction in 5d, where the answer was obvious, but it took me a while to spot how the parsing worked.

8a           Ferry soldiers back repeatedly (2-2)
RO-RO – Start with the usual abbreviation for soldiers who are not officers, reverse it (back) and repeat. This is the sort of ferry where you drive on at one end and off at the other.

9a           Ellington? Not his first instrument! (3)
UKE – Remove the first letter from the title usually accorded to this famous musician, to get a small plucked instrument.

10a         An examination in a chamber (6)
ATRIAL – The indefinite article followed by another word for an examination, especially one in court.

11a         Problem involving upper-class person acting insincerely (6)
POSEUR – another word for a problem or puzzle, wrapped around the letter which indicates ‘upper-class’.

12a         Mythical daughter, opponent no longer with us (8)
ANTIGONE – A four-letter prefix, often used on its own to indicate an opponent of something, followed by ‘no longer with us’ or ‘having left’. The answer is the daughter of Oedipus from Greek mythology, and is also the title character in a play by Jean Anouilh.

13a         Fresh thought about helping to restrict opposing team (15)
RECONSIDERATION – Split the answer (2,3,4,6) and you have the Latin abbreviation for about or concerning, another short word for ‘opposing’, a sports team, and a helping of food.

15a         Country fellows settling in a sort of valley (7)
ARMENIA – A (from the clue) and a drowned valley wrapped around some fellows or chaps.

23a         Game that gets the French going round a monument? (8)
LACROSSE – The French definite article wrapped around A (from the clue) and the sort of monument often found in graveyards. 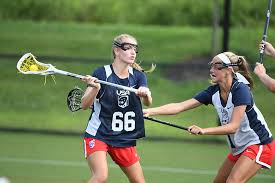 25a         Gas supplying energy to most of Kent region (6)
ETHANE – Energy followed by the former Isle at the east end of Kent, with its last letter removed.

26a         Scoundrels against Her Majesty — one swears (6)
CURSER – Some scoundrels or dogs followed by the Queen’s regnal cipher.

4d           Once again locks up fellow among left-wingers (7)
REMANDS – The usual left-wing politicians wrapped around another word for ‘fellow’.

5d           Graduate briefly employed by Birmingham school (6,2,7)
MASTER OF SCIENCE – The short form of this university qualification is hidden in BirminghaM School.

7d           Murderer in hut, concealing body initially (4)
CAIN – Remove the first letter (initially) of Body from another word for a hut, and you get the first murderer in the Bible. He killed his brother Abel.

16d         Revolutionary member of political party mostly offering nonsense (3)
ROT – Remove the final letter (mostly) from the informal name of one of the main UK political parties, then reverse (revolutionary) the result.

18d         Bishop came down hard on diocese with casual attitude? (8)
BLITHELY – Put together the chess notation for a bishop, ‘came down’ (as a plane or bird might), Hard, and the East Anglian diocese beloved of crossword setters.

19d         Deep down that somehow engages listener (2,5)
AT HEART – Anagram (somehow) of THAT wrapped around the organ used for listening.

24d         Plant on a wall pruned and growing upwards (4)
ARUM – Remove the final letter (pruned) from something (such as a painting) which is ‘on a wall’, then reverse the result (growing upwards). 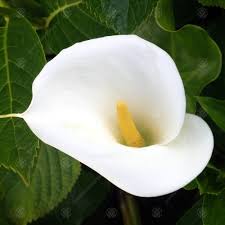