Good morning from South Staffs where there is a fine, sunny start to the day.

It’s Friday, so it’s another puzzle from Giovanni, with nothing too unfamiliar in the answers, and wordplay which gets you there if you need it.

9a           Like someone apportioning blame in a case? (10)
ACCUSATIVE – This is the grammatical case used for words which are the object of the main verb.

10a         In Home Counties see bush with fruit (4)
SLOE – The geographical location of the Home Counties wrapped around a word meaning ‘See!’ or ‘Behold!’.

13a         Did a bunk or a bed containing second prisoner start to disintegrate? (9)
ABSCONDED – Put together Second, one of the usual crossword prisoners, and the first letter (start) of Disintegrate. Then wrap A BED (from the clue) around the result.

15a         Ease with which yours truly gets entrance at back of US university (8)
MITIGATE – A three-letter acronym for a well-known American university, followed by another wat of saying ‘yours truly’ and an entrance to a field.

16a         Sign of disgrace of character in dump with mother (6)
STIGMA – The character who lived in a dump in the children’s novel by Clive King, followed by a short word for ‘mother’. 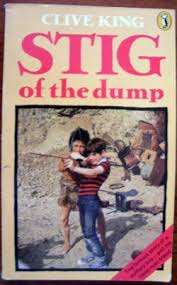 20a         Hand out everything old — make provision, running short (8)
ALLOCATE – Put together another word for ‘everything’, Old, and a word for ‘make provision (of food)’ minus its last letter.

23a         Dishonour — that is what ultimately no politician should have to accept (9)
NOTORIETY – NO (from the clue) and a politician from the Right of the political spectrum, wrapped around the abbreviation for ‘that is’ and the last letter (ultimately) of whaT.

26a         Dotty lady who sings (4)
GAGA – Double definition, the second being the second part of the stage name of Stefani Joanne Angelina Germanotta.

27a         This person’s terribly emotional, not the first to be burning? (10)
IMMOLATION – Another way of writing ‘this person is’, followed by an anagram (terribly) of (e)MOTIONAL minus its first letter.

28a         Emperor and Queen in negative response (4)
NERO – The regnal cipher of the Queen inserted into a word of refusal.

29a         At home with fellow drinking wine, I will offer something in the kitchen? (10)
INGREDIENT – Another word for ‘at home’ followed by another word for a fellow wrapped around wine of a particular colour and I (from the clue).

2d           Key operation for bosses wanting to keep control? (7)
LOCKOUT – Cryptic definition of the situation where an employer prevents employees from coming to work.

3d           Swimmer requesting silence when there’s clamour around (7,5)
BASKING SHARK – Put together another word for ‘requesting’ and the sound made to call for silence, then wrap the clamour a dog makes around the result. 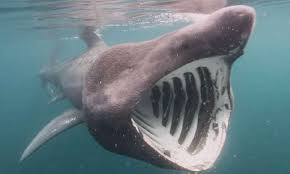 4d           Takes away pamphlets after editor’s become upset (8)
DETRACTS – Reverse (upset) the usual abbreviation for ‘editor’, then add some political or religious pamphlets or leaflets.

5d           New love oddly denied — is husband mischievous? (6)
ELVISH – Remove the odd-numbered letters (oddly denied) from nEw LoVe, then add IS (from the clue) and Husband.

8d           Get nowhere fast in current circumstances? (5,5)
TREAD WATER – Cryptic definition of a way of keeping afloat without actually moving across the ground.

14d         One’s been recently fired for criminal activity? (7,3)
SMOKING GUN – This phrase for evidence of criminal activity is literally a description of a weapom which has just been fired.

17d         Sports person outside game as one watching the drama (8)
PLAYGOER – A generic term for someone engaged in a sporting activity wrapped around an Oriental board game involving black and white stones.

21d         Virginia tucked into a cereal, wanting too much (7)
AVARICE – A (from the clue) and a cereal crop which is a staple for much of the world, wrapped around the abbreviation for the state of Virginia.

25d         Bird in bit of wood? (4)
KNOT – Double definition, the second being an imperfection in a plank of wood where a branch once left the original tree trunk.