Good morning from South Staffs on a wild and windy day.

Giovanni is in a more ecclesiastical mode today, which will no doubt displease the more intolerant secularists among the commentariat, but there is no particular difficulty with the puzzle.

5a           Modifies colourful boats (8)
REDRAFTS – A primary colour followed by some primitive boats.

9a           Scotsman? A villain, he, terribly devious politically? (13)
MACHIAVELLIAN – One of the usual crossword Scotsmen, followed by an anagram (terribly) of A VILLAIN HE. 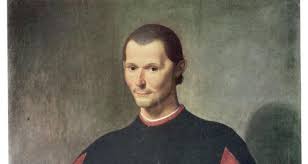 14a         Place of battle has a king in holy army with long garment on (8)
SARATOGA – Start with A (from the clue) and the Latin abbreviation for a king, wrap the initials of the holy army founded by William Booth around the result, then add an ancient Roman garment. The battle was in 1777 during the American War of Independence.

23a         Worried about female ending being fondled (8)
CARESSED – A three-letter suffix applied to a noun to indicate the female form, with ‘worried’ wrapped around it. 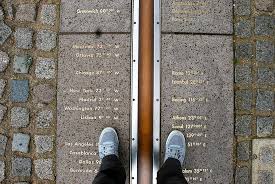 26a         Like member of pre-Christmas team newly endorsed (3-5)
RED-NOSED – Anagram (newly) of ENDORSED, giving us the adjectival phrase applied to the leader of Santa’s team of reindeer.

27a         Romantic doctor meets Eastern girl (6)
DREAMY – Put together an abbreviation for doctor, Eastern, and a girl’s name (one of the Little Women)

2d           County agents entertaining doctor in old city (7)
CUMBRIA – This is a Russian doll clue. In the middle we have one of the sets of letters denoting a medical doctor. Wrapped around that is the Chaldaean city beloved of crossword setters. And round that we have the US spy agency. 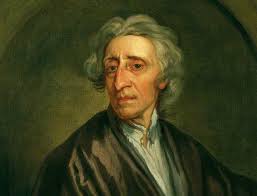 4d           Holy son wants holy form of worship (9)
SPIRITUAL – Put together an abbreviation for Son, another word for holy or ‘holier than thou’, and a formal ceremony of worship.

5d           Acts of defiance from engineers attending electrical units (7)
REVOLTS – The initials of one of the usual regiments of engineers followed by some units of electromotive force.

6d           Daughter is going round the Spanish shops (5)
DELIS – Daughter and IS (from the clue) placed either side of one of the forms of the definite article in Spanish.

7d           Right troublesome goddess seen in commercial is divorced (9)
ALIENATED – Put together a property right and the Greek goddess of mischief, than wrap a short word for a commercial around the result.

8d           Number celebrate, becoming screwed up (7)
TENSING – A cardinal number followed by another word for ‘celebrate’ particularly in a musical way.

13d         Hopeless situation in country south of barrier (9)
DAMNATION – A barrier across a river followed by a country or its people.

15d         Back in a match after earlier loss? (9)
REMARRIED – Cryptic definition of someone who has lost a partner, then joined up with another.

17d         Always getting upset, imbibing drinks — unfortunate medical state (7)
RELAPSE – Reverse (getting upset) a poetic word for ‘always’ and wrap the result around ‘drinks’ (as a cat with a saucer of milk might).

18d         Ordained member of cathedral staff half ignored set of beliefs (7)
DECREED – The first half of the title of the leader of a cathedral chapter, followed by a set of beliefs.

22d         Vessels in channel beginning to sink to the bottom (5)
EWERS – Start with a channel for waste water, then move the first letter to the end.

24d         Hope to avoid a feature of high church? (5)
SPIRE – Remove the A from another word for ‘hope’, and you get an architectural feature of a tall church.