Good morning from South Staffs on a grey November day.

Another good puzzle from Giovanni this morning. I like to start in the NW corner, and that quadrant proved to be the trickiest for me, hence the *** marking.

In the hints below, the definitions are underlined. I haven’t hidden the answers because I was getting the bug where only a vertical line appears. I hope BD will be able to fix it later [Fix now applied.  BD]

1a Spots little son being given kisses (6)
SPECKS – An abbreviation for Son followed by some brief kisses.

5a Robert depressed about empty day, a severe setback (4,4)
BODY BLOW – Put together a short form of Robert and another word for ‘depressed’, then wrap the result around D(a)Y with the middle letter removed (empty).


10a First and second to enter wood (8)
FOREMOST – Another word for a second or brief period of time, inserted into a large wood.

11a After short time what has managed to become country’s biggest city (6)
TEHRAN – Put together an abbreviation for Time, an exclamation like ‘What?’, and a verb meaning ‘managed’, and you get the largest city in a Middle Eastern country.

12a Deficiency in desert (6)
DEFECT – Double definition, the second as in ‘go over to the other side’.

14a Modest daughter hugging lover finally expressed doubts (8)
DEMURRED – Another word for ‘modest’ or ‘chaste’ and an abbreviation for Daughter wrapped around the last letter (finally) of loveR.

21a Grab someone of distinction, competent but no leader (6)
NOBBLE – A person of distinction or toff followed by ‘competent’ with its first letter removed (no leader).

23a Tea before usual time? Bit of work about to be put into it (4,4)
EARL GREY – A three-letter measure of work done is reversed (about) and inserted into a word for ‘before usual time’, to get a variety of tea. 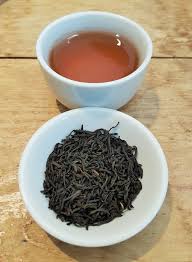 27a Wicked person perched outside the underworld (6)
SADIST – Another word for ‘perched’ wrapped around another name for Pluto, god of the underworld, and hence of that underworld.

2d Bit of cash first pocketed by European (7)
PISTOLE – Three letters that look like an abbreviation for ‘first’ with an Eastern European national wrapped around them, giving us an old gold coin. 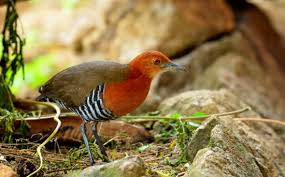 4d Follower of team to drink beer (9)
SUPPORTER – Split the answer (3,6) to get a phrase meaning ‘drink beer’

5d Laid into bed, judge gets tucked in (7)
BERATED – BED (from the clue) wrapped around a verb for ‘judge’.

6d Article jamming pipe is an old coin (5)
DUCAT – Another word for a pipe or channel wrapped around an indefinite article.

7d Joyous socialist waffled (9)
BLITHERED – Another word for ‘joyous’ (as seen in the first line of Shelley’s poem To a Skylark) followed by the usual colour indicating ‘socialist’. I’ve more often seen this word in its present participle form, used adjectivally in conjunction with’idiot’.

8d Had too much on one’s plate — but managed to deal with it! (7)
OVERATE – Cryptic definition of having too large a portion of food and consuming it.

13d Overseas travellers will have this, going in a particular direction (9)
EASTBOUND – Split the answer (4,5) and the result is what ‘oversEAS Travellers’ contains.

17d English friend goes round old church that is historically significant (7)
EPOCHAL – Put together English and another word for ‘friend’. Then put together abbreviations for Old and CHurch and wrap the first construction around the result.

18d Using offensive words, tries to put off some going through snow? (7)
SLEDGES – The answer is the term used to describe the practice of a fielder using abusive language to try to distract a batsman at cricket. It could also describe vehicles used for crossing snow.

22d One left in West Country city, not half one missing home? (5)
EXILE – Remove the second half of a city in the West Country, county town of Devon, then insert the Roman numeral for one and Left.