Good morning from foggy South Staffs. Today is the calm before the storm: almost all the Christmas supplies have been brought in, and the first of our guests fly in from Belgium tonight, the first instalment of the eleven (plus a baby) people who will be with us for the festival. Happy Christmas to everybody, and I hope to be back next week.

There is a seasonal flavour to Giovanni’s puzzle today, and it didn’t take me very long to solve (unlike the Quickie, which I found a bit of a beast, though I wasn’t helped by misspelling the first part of the pun). Thanks to Giovanni for another year of quality puzzles.

3a           Seasonal food that comes with a sign of emotional stress? (10)
GOOSEFLESH – Double definition, the first being one of the traditional roast meats for Christmas (what the Cratchit family were going to have before Scrooge sent round the big turkey). 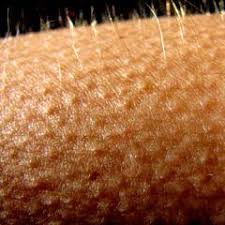 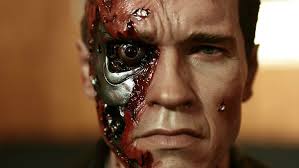 13a         Girl attending university having endless 6 — like a bit of a target? (7)
ANNULAR – Put together a girl’s name, University, and a synonym of the answer to 6d with its last letter removed. 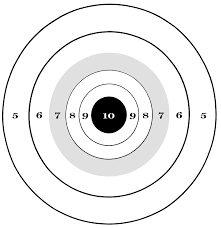 14a         Infernal place, Herts town, in which to perform — it’s off-putting (11)
DISTRACTING – Start with an alternative name for Pluto, the Greek god of the Underworld, hence by extension the Underworld itself. Then insert ‘to perform’ into the name of a town in Hertfordshire 30 miles north-west of London, and add the result to the first part of your answer.

21a         Once again embrace silly pater outside party (7)
READOPT – Anagram (silly) of PATER wrapped around one of the usual crossword parties.

22a         Make painful sound about donkey in carol-singing (7)
WASSAIL – A cry of pain wrapped around another word for donkey, This sort of carol-singing is not what goes on in church: it’s rather boozier than that.


23a         Bouncer at annual event in London SW? (6,4)
TENNIS BALL – Cryptic definition of a piece of sports equipment used in large numbers during the fortnight in summer when Centre Court becomes a focus of attention. 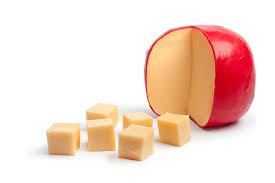 26a         Loveless grumble coming from senior family member (4)
GRAN – Remove the letter which looks like a love score at the event in 23a from a word meaning ‘grumble’.

1d           Man sits on magical phone box, one coming out in panto gear? (8)
LEOTARDS – A man’s name (or his star sign?) followed by the iconic police box from Doctor Who with its I removed (one coming out). The answer is some kit worn by dancers in panto or other forms of entertainment.

2d           To south of Scottish island see part of church crumble (8)
COLLAPSE – An island in the Inner Hebrides followed by a part of a church building which appears regularly in crosswords – the last time was in yesterday’s back page.

5d           Brief statements from married stars putting tot to the fore (9)
SUMMARIES – Start (to the fore) with a word for ‘tot (up)’, then add Married, and a star sign attributed to people born in March and April.

8d           Hurry to entertain artist turning up in African city (6)
HARARE – The usual crossword artist is reversed (turning up) and placed inside ‘hurry’ (like a fast, furry animal). The answer is to be found in Zimbabwe. 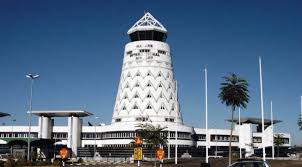 12d         Face tackling minister, beginning to irritate in the role of boss (11)
DIRECTORIAL – Another word for ‘face’ (of a clock, perhaps) wrapped around a minister of religion and the first letter of Irritate.

15d         What supplies support for bridge? (4-5)
CARD-TABLE – Cryptic definition of what may be found underneath a game of bridge, or whist, or cribbage… 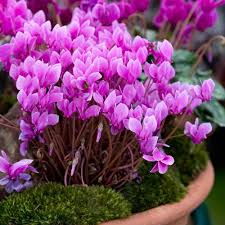 19d         For now, Prime Minister must swallow rubbish meeting European (3,3)
PRO TEM – The answer is a Latin abbreviation. Some rubbish and European are put together and placed inside Prime Minister.

22d         Home Counties rule set up for whole country (5)
WALES – Put together a geographical indication of where the Home Counties are to be found and another word for a statutory rule, then reverse the lot.