A steady solve of today’s Giovanni, with the crossing pair at 26a and 22d the last ones in. All the usual elements we expect of a puzzle from the Friday master.

8a           Gender king switched over — one of the ancient kings (6)
XERXES – Put together another word for gender and the Latin word for king, reverse the lot, and you get a king of Persia who made war on the ancient Greeks.


9a           Woman of the upper classes, friend when Christmas comes round (8)
ANNUALLY – Put together a three-letter woman’s name, the letter signifying ‘Upper class’, and a friend or collaborator, to get the frequency with which Christmas appears.

12a         Man perhaps following car having left city (8)
CARLISLE – CAR (from the clue) and Left, followed by something of which Man (or Wight) is an example. 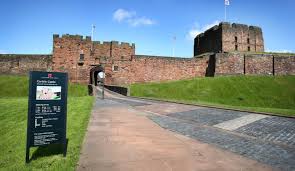 13a         Unfashionable parts of city away from the centre (8)
OUTWARDS – The opposite of the two-letter word for ‘fashionable’, followed by some political divisions of a city or borough.

21a         Seem to change sides finally, making request for money? (6)
APPEAL – Start with a word for ‘seem’, then change the final letter, replacing the abbreviation for one hand with that for the other.

23a         Selfish types, say, to sit around and start to swank (8)
EGOTISTS – Put together the Latin abbreviation for ‘say’ or ‘for example’, an anagram (around) of TO SIT, and the first letter (start) of Swank.

24a         Menacing coming from the left (8)
SINISTER – Double definition, the second being the Latin word for the left.

25a         Old cricketer building three-figure score (6)
HUTTON – A small building followed by a familiar word for a hundred, giving us the surname of the Yorkshire and England batsman who scored 364 in an England total of 903-7 declared against the Australians in 1938. It would be nice if the current lot could score that many between them!


26a         Festival flower, one left out in the wind (8)
EASTERLY – Start with a flower (6,4) associated with a major religious festival, then remove the Roman numeral for one and Left, to get a wind direction.

3d           Officials, people telling others to ‘old their tongue? (6)
USHERS – Perhaps how a crossword Cockney might describe those court officials who call for ‘silence in court’.

6d           Make law — stick up document finally (5)
ENACT – Reverse (up, in a Down clue) a stick, perhaps used to beat schoolboys in former times, then add the last letter (finally) of documenT.

7d           Irish politician going about unaccompanied is somehow able to grasp things (7)
TALONED – The abbreviation for the Irish equivalent of an MP wrapped around ‘unaccompanied’ or ‘on one’s own’. 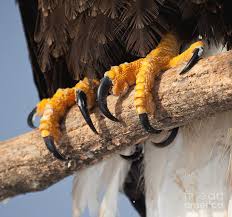 14d         Everybody I have upset scoffed, revealing temper (9)
ALLEVIATE – Put together another word for ‘everybody’, the reverse (upset) of a contracted form of ‘I have’, and scoffed (all the pies). The definition here means to moderate or adjust.

15d         One carving out a living? (8)
SCULPTOR – Not very cryptic definition of someone who creates statues.

17d         It’s not original material, article about tailless insects (7)
REPLICA – Put together some corded fabric now seen mainly in crosswords, some insects of the sort you don’t want to find in your hair minus the last letter, and an indefinite article.

18d         Loud way of talking putting daughter off stories (7)
FICTION – The musical symbol for ‘loud’, followed by a way of talking or choice of words with Daughter removed from the front.

20d         Leaders in public health in city once getting prize (6)
TROPHY – The city in Asia Minor which resisted a 10-year siege from Agamemnon and his mates, wrapped around the initial letters of Public Health.

22d         Poet in small room, endlessly upset (5)
ELIOT – Remove the final letter from the smallest room, reverse it, and you get the poet who wrote Old Possum’s Book of Practical Cats.