Good morning from South Staffs on the last Friday before the clocks go back.

There are a couple of bits of GK which may slow solvers down if they are unfamiliar to the solver, but otherwise a perfectly fair set of clues from Giovanni this morning.

1a           Entitlement to enter good French or English city (8)
BRIGHTON – The French word for ‘good’ wrapped around an entitlement. 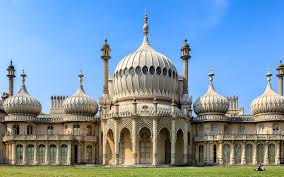 6a           A theologian I brought to court as sort of abuser? (6)
ADDICT – Put together A (from the clue), the letters after the name of a theology professor, I (from the clue), and an abbreviation of CourT.

9a           Troublemaker showing ill-feeling around back of bar (6)
SPRITE – The final letter of baR inserted into a word for ill-feeling or malice.

10a         Person of note going from bar to bar (8)
MUSICIAN – Cryptic definition of one whose business is to read and play the notes written in bars on a stave.

13a         Enlisted with camp reorganised in movement to a different location (12)
DISPLACEMENT – Anagram (reorganised) of ENLISTED and CAMP.

16a         One sort of spider that brings in the cash (5-7)
MONEY-SPINNER – Double definition: a variety of small spider; or a profitable venture. 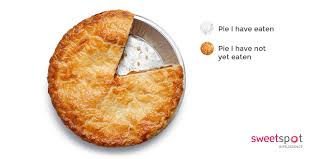 23a         Scripture this person smuggled into county, showing commitment (8)
DEVOTION – The county which is home to our Gazza, wrapped around the abbreviation for one of the sets of books in the Bible and the pronoun for ‘this person’.

24a         University lecturer is key-holder, a renowned chemist (6)
DALTON – A university teacher wrapped around one of the keys on a computer keyboard. The answer is the surname of a person who was an early contributor to atomic theory, and also researched colour-blindness. 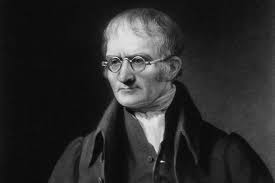 25a         Way something wooden is implanted into stone (6)
STREET – A naturally-occurring wooden object with the abbreviation for ‘stone’ wrapped around it.

26a         Proud walker — good person accompanying king, say (8)
STRUTTER – Put together the short form of the title given to a good person who has been canonised, the Latin abbreviation for king, and another word for ‘say’ or ‘speak’.

5d           I may be seen as the first one that’s positive (7)
NUMERAL – This is an all-in-one clue, where the I is not a personal pronoun but a Roman arithmetic quantity greater than zero.

7d           Speech-maker got back, having switched ends (9)
DECLAIMER – Start with a word meaning ‘got back’, perhaps in a legal action, then swap the first and last letters.

8d           Cold and inexperienced, Heather is moving slowly (8)
CRAWLING – Put together Cold, inexperienced or untried, and an alternative word for heather.

13d         Set of rules for some who are buttoned up? (5,4)
DRESS CODE – This is a cryptic definition of a set of rules letting people know what attire is expected in a particular situation.

14d         Trick proposal made by candidate (9)
CONTENDER – Another word for ‘trick’ or ‘cheat’ followed by a proposal or bid for a contract.

15d         Very little energy in second part of symphony (8)
MOVEMENT – A brief period of time, perhaps a second, wrapped around Very and Energy.