Good morning from South Staffs on a cold, foggy morning.

The last Giovanni of 2016, and still in fairly gentle post-Christmas mood, though there were a couple of answers which eluded me on the first pass. No real obscurities though – unlike 19a in the Quick Crossword, which was a word I had to look up in the nice new BRB that Mrs DT gave me for Christmas.

7a           Pointed comment by squire finally — hint to provide party food (8)
BARBECUE – Put together a pointed comment or jibe, the last letter (finally) of squirE, and a hint given to an actor whose turn it is to speak. 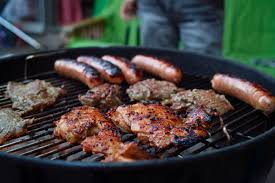 9a           Lack of interest in a course leading to the unknown (6)
APATHY – A (from the clue) followed by a course or route and an algebraic unknown.

10a         Uncontrolled or organised party attracting thousand? (6)
RANDOM – Put together a word for ‘organised’ or ‘managed’, one of the usual crossword parties, and the Roman numeral for a thousand.

11a         Hellish situation — love’s going wrong — collapse emotionally (8)
DISSOLVE – An alternative name for Pluto, god of the underworld, and hence his kingdom, followed by an anagram (going wrong) of LOVE’S.

12a         First opportunity for panto actor to get into gear? (5,9)
DRESS REHEARSAL – Cryptic definition of an occasion when pantomime actors may put on their costumes for the first time.

15a         Missile starts to seem costly — unwanted deterrent? (4)
SCUD – Initial letters (starts) of the last four words of the clue, giving the name of a missile made by the former Soviet Union. 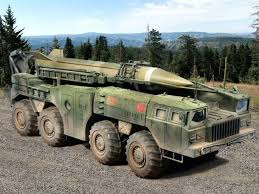 17a         Worried and frightened leader getting put off (5)
CARED – Remove the initial letter from a word for ‘frightened’, and you get a word for ‘worried’ (about).

20a         Exercise influence to withdraw an orchestral section (4,3,7)
PULL THE STRINGS – If you stopped the violins, violas, cellos and basses from playing in the orchestra, you might be said to do this.

5d           What may move our case (last bit of travel)? (8)
CAROUSEL – Another all-in-one. The piece of kit where you recover your baggage at the airport is made up of an anagram (may move) of OUR CASE, followed by the final letter of traveL. 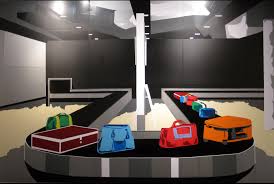 6d           Put pitch on the outside of shed, using a particular tool (10)
SHOVELLING – A word for ‘pitch’ or ‘throw’ wrapped around a shed or other poor-quality building. 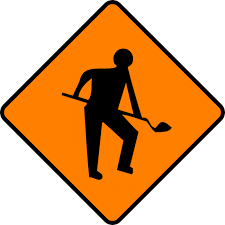 16d         False belief has us taken in by priest — academic holds that (8)
DELUSION – Start with US (from the clue). Wrap our usual Old Testament priest around it, then wrap a university academic around the result.

22d         Aim to undermine international plan (6)
INTEND – An abbreviation for INTernational, followed by an aim or objective.

24d         Play or concert quietly proceeding to end (4)
ROMP – Perhaps one of the series of concerts held in the Royal Albert Hall each summer, with the musical symbol for ‘quiet’ moved from the beginning to the end.

26d         This clue is a sort of model (4)
LAST – Double definition: the first describes this clue’s position in the list of clues; the second is a model used by a shoemaker.

I noticed the other day that I have now passed 200 postings on this blog. A swift wave of the bat towards the pavilion, and on to 2017.