Good morning from South Staffs, where there are only two sleeps until Christmas.

Another gentle Giovanni today, with a distinctly seasonal theme, which probably won’t keep you away from the Christmas chores for too long.

7a           Described ancient British resident in heroic exploit? (8)
DEPICTED – An action or heroic exploit wrapped around one of the chaps who used to live in a broch in North Britain.

10a         Celebrity that looked down on humble birthplace (4)
STAR – A seasonal reference to the celestial object followed by the Magi on their way to Bethlehem.

12a         Mother in big building is one serving drinks (6)
BARMAN – A large agricultural building wrapped round an informal word for mother.

14a         Silly things on the festive table (8)
CRACKERS – Double definition: mentally disturbed; or part of the table decoration at Christmas. 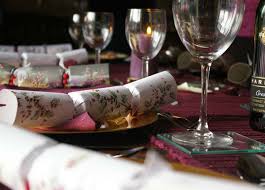 15a         Like Scrooge, liable to cause pain (6)
STINGY – Double definition, the second being an adjectival formation from a verb meaning to cause pain (like a nettle?).

17a         African finishing at end of month repeatedly (6)
BERBER – A North African people can be found by taking the last 3 letters of one of several months of the year, then repeating it. 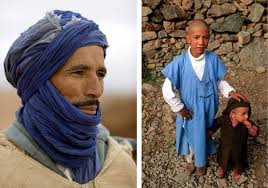 20a         This writer’s going round church with holy Christmas fare (5,3)
MINCE PIE – A possessive pronoun for ‘this writer’s’ or ‘belonging to this writer’, wrapped around the initials of the Church of England and a two-letter word for holy or sanctimonious. 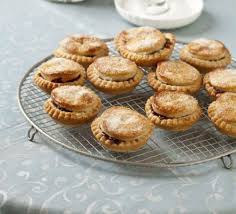 24a         Location with pull, attracting any number (4)
TOWN – ‘To pull’ (a trailer, perhaps) followed by the algebraic symbol for any number.

25a         Trouble ends in Christmas boozers being overwhelmed by hard drink (6)
HASSLE – Hard and an alcoholic drink popular with many crossword enthusiasts, wrapped around the final letters (ends) of ChristmaS boozerS.

26a         Fellows serving lord, chaps in Belgian location? (8)
LIEGEMEN – A word for some people in a feudal relationship, which could also describe the townspeople of the Belgian city which is at the start and finish of a cycle race which goes to Bastogne.

1d           Plants Scotsman placed in lavatory (8)
GENTIANS – Colloquial name for one of a pair of public conveniences, wrapped around one of the usual crossword Scotsmen (not Mac, the other one, as Kath said yesterday). 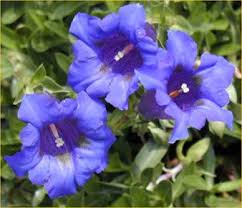 2d           Row in Roman river, avoiding its middle (4)
TIER – Remove the middle letter from the river which flows through Rome, to get a row of seats.

4d           Month men put away ornament (8)
DECORATE – Put together the short form of the current month, the abbreviation for soldiers who are not officers, and ‘put away’ (Christmas dinner, perhaps).

5d           A rebel converted having absorbed gospel? Extraordinary (10)
REMARKABLE – Anagram (converted) of A REBEL wrapped around the name of one of the four Gospels.

6d           Exhibition centre with sailor providing sweet drink (6)
NECTAR – The acronym for a large exhibition complex near Birmingham, followed by one of the usual crossword sailors.

18d         Possibly wonder about one exuding love becoming famous (8)
RENOWNED – Anagram (possibly) of WONDER, wrapped around (o)NE from the clue, leaving out the letter which looks like a love score at tennis.

19d         Servant upset home interrupting dinner maybe (6)
MENIAL – Reverse (upset) a word for ‘at home’ and insert it into something of which dinner is an example.

21d         Book is excellent, that’s surprising (6)
ISAIAH – An Old Testament book. IS (from the clue), followed by two letters which look like a letter and number combination signifying top condition, followed by an interjection expressing surprise. 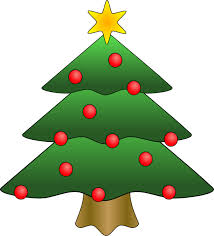 Happy Christmas to all of you. Let’s hope for a peaceful celebration. I’m off to help collect the turkey and the ham this morning.