Good morning from South Staffs where the pall of cloud which has covered us all week has finally lifted, giving a sunny but cold start to the day.

One or two slightly unusual words today, as we expect from Giovanni, but the fair cluing enables the solver to get to the answer.

1a           Those wanting worn-out horse to move getting tools? (12)
SCREWDRIVERS – A term for a worn-out horse, followed by a noun for those encouraging it, or any other animal, to move. 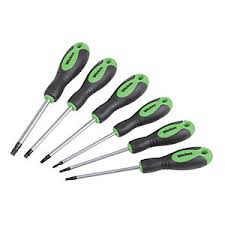 9a           Checking a complete treatment (5-4)
GOING-OVER – Without the hyphen this is a verb phrase meaning ‘checking’. With the hyphen we have a noun phrase for a thorough course of treatment.

10a         A maiden given massage back in the old country (5)
BURMA – Put together A (from the clue), a maiden over from a cricket scorecard, and another word for massage, then reverse the lot (back) to get the former name of a Far Eastern country. 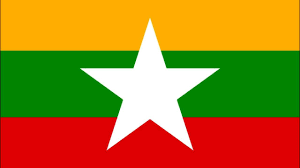 12a         Come down with an agreement (8)
CONTRACT – Double definition, the first being a more formal term for coming down with an illness.

13a         Swell girl keeping one waiting? (6)
DILATE – A two-letter abbreviated form of a girl’s name, followed by what you are if you keep someone waiting.

15a         Mite in grass not moving (8)
STICKING – Another slang term for ‘to grass’ or inform, wrapped around a bloodsucking mite.

19a         Threaten troublemaker, the limit (6)
IMPEND – Put together a troublemaking supernatural creature and a word for the limit or finish of something.

21a         A fiend troubled the Church, showing bold opposition (8)
DEFIANCE – Anagram (troubled) of A FIEND, followed by the initials of the Established Church.

23a         Comprehensive girl having sort of ball inside (6)
GLOBAL – The sort of ball which at tennis is hit back over the opponent’s head, with another spelling for girl wrapped around it.

27a         Attempt to capture soldiers joining a guerrilla in perfidious conduct (9)
TREACHERY – Put together some engineering soldiers, A (from the clue), and crosswordland’s favourite revolutionary guerrilla, then wrap a word for ‘attempt’ around the result.

28a         Priest sorely disposed to be wooer of those of another faith (12)
PROSELYTISER – Anagram (disposed) of PRIEST SORELY.

4d           Bishop coming to such a wild party would be courageous (4)
RAVE – If you put the chess notation for a bishop in front of the wild party which is the answer, you get a word meaning ‘courageous’.

6d           Little fellow with old books — a performer lacking emotion (5)
ROBOT – A shortened form of a man’s name, followed by the abbreviation for the books making up the older part of the Bible. 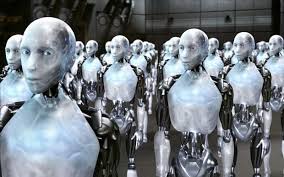 7d           After short time a tree is processed to make paper (8)
TREATISE – An abbreviation for Time followed by an anagram (processed) of A TREE IS, giving us an academic paper.

8d           Newspaper designation for the rabble (6)
RAGTAG – A derogatory term for a newspaper followed by a designation or label.

14d         Confused female star was humiliated (4,4)
LOST FACE – Another word for ‘confused’ followed by Female and a sports star.

16d         Company member within the law — but not without guilt? (9)
COMPLICIT – Put together the abbreviation for ‘company’, a Member of Parliament, and ‘within the law’.


18d         Walk by the shore, as theologian looking unwell getting about (6)
PADDLE – The complexion of someone who is unwell, wrapped around the letters after the name of a learned theologian.

20d         One lingering in place surrounded by animals (7)
DELAYER – Some wild animals (the sort which particularly annoy Kath, perhaps), wrapped around ‘to place’.

22d         Notice the German, a poisonous type (5)
ADDER – A short form of a publicity notice followed by one of the forms of the definite article in German.

24d         Consecrate good queen, having introduced oil finally (5)
BLESS – Put the last letter (finally) of oiL inside the short form of the name of Queen Elizabeth I.