Good morning from South Staffs on a bright September morning.

There are plenty of anagrams and part-anagrams to get you going in today’s Giovanni, but I can see that some of the less common words and bits of General Knowledge involved may cause difficulty for some.

7a           Beloved Grace coming to the rescue (7)
DARLING – Double definition, the second being the surname of Grace, the lighthouse keeper’s daughter who rowed out with her father to rescue survivors from the Forfarshire, wrecked on the Farne Islands. 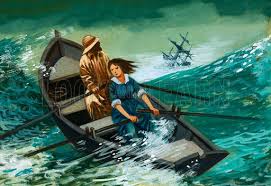 8a           Someone working for money after end of school or a student? (7)
LEARNER – The last letter of schooL followed by someone in paid employment.

10a         Noble has lots of pounds stashed away (5)
MANLY – Another word for ‘lots of’ wrapped around the abbreviation for pounds sterling.

11a         Dim sermon about one form of theology (9)
MODERNISM – Anagram (about) of DIM SERMON, giving us a theological movement from the late 19th and early 20th centuries which has been described as ‘the critique of our supernatural knowledge according to the false postulates of contemporary philosophy’.

12a         Type of transport wanted by negotiators in the capital (7)
CARACAS – A form of motor vehicle, followed by the acronym for the government-funded body which acts as an arbitration and conciliation service in industrial disputes, leading us to the capital of Venezuela.

14a         Be taken in by lustre in drinking parlour (7)
SHEBEEN – The shine or lustre of a polished surface wrapped around BE from the clue.

21a         Advance and squat by river (5)
POSIT – The Italian river beloved of crossword setters followed by another word for ‘squat’.

22a         Asked for old lover and behaved insincerely (7)
EXACTED – The usual old lover followed by a verb describing someone who was playing a part rather than being himself.

23a         What may provide a prod in, nastily (7)
PONIARD – An all-in-one clue, where an anagram (nastily) of A PROD IN gives you a sort of dagger which may indeed give you a nasty prod.

1d           Start of roughness in sea — hesitation for me? (7)
MARINER – Put the first letter of Roughness inside a word for the sea (as in the Spanish —-) than add a word of hesitation, and you get someone who may well hesitate if the sea is rough.

6d           Muslim and nun unexpectedly in significant location (7)
SUNNITE – Anagram (unexpectedly) of NUN inside a particular location where, for example, building work may be taking place, giving us an adherent of one of the main branches of Islam.

13d         Purgative has member of medieval sect twitching (9)
CATHARTIC – A member of a heretical sect which flourished is southern France in the 13th century, followed by a nervous twitching.

16d         Foreign duke upset when celebrity’s introduced something saucy (7)
CUSTARD – Reverse the French word for duke and wrap it around a stage or screen celebrity, and you get the gloopy yellow sauce which many of you thought was in last week’s Giovanni.


17d         Engineers abandoning a derelict broken-down castle? (7)
CITADEL – Anagram (broken down) of A DE(re)LICT, with the initials of a regiment of engineers removed.

18d         Bad temper the fellow’s revealed in Greek song (7)
STROPHE – An informal word for a fit of bad temper followed by the pronoun for ‘the fellow’, giving us one of the parts of the song sung by the chorus in a Greek drama. 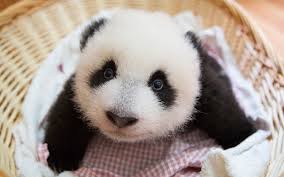