Good morning from South Staffs, where some overnight rain has reduced the temperature a little.

Actually solving today’s Giovanni didn’t take me long, hence ** for difficulty, though in some cases it took me rather longer to sort out the explanation so that I could write the hint.

8a           Hands no longer cold? Let’s get on with it! (3,6,3,3)
THE GLOVES ARE OFF – An expression which, taken literally, would suggest what you do when your hands no longer need protection from the cold.

12a         Former British firm getting irritated moved abroad (9)
EMIGRATED – The three-letter acronym for one of Britain’s biggest record companies, which folded in 2011, followed by ‘irritated’ or ‘jarred’. 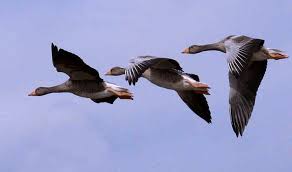 17a         Last character to leave Cornish place in act of atonement (7)
PENANCE – Remove the final letter of the alphabet (last character) from a Cornish town with Gilbertian pirates.


19a         ‘Setter-off’ finally reached school by a hill (9)
DETONATOR – Put together the last letter of reacheD, a well-known public school, and a West Country hill.

20a         Monk not wanting important lady’s soup (5)
BROTH – Remove the letters denoting Queen Elizabeth from the title given to a monk.

21a         Inadequate deputy is given different duties for a change of fortune (11)
VICISSITUDE – Start with the word used for a deputy President or chairman, remove its last letter (inadequate), then add IS (from the clue) and an anagram (different) of DUTIES.

24a         Factory laying off a thousand? That is unfortunate (3)
ILL – Remove the Roman numeral for a thousand from a sort o factory.

25a         Situation when hanging’s left hanging? (4,2,9)
STAY OF EXECUTION – Cryptic definition of what happens when a death sentence is postponed.

3d           Fat maiden, maybe, needing rest by the sound of it? (10)
OVERWEIGHT – A four-letter word which may be a maiden at cricket, followed by a homophone (by the sound of it) of a rest or pause in the action.

4d           Goddess that moves through Oxford (4)
ISIS – An Egyptian goddess, whose name is also given to the river through Oxford, and to the Oxford reserve crew in the Boat Race.

6d           Scientific man of law said to seethe (4)
BOIL – A homophone (said) of the 17th-century physicist who formulated a law governing the behaviour of gases as pressure, volume and temperature change. 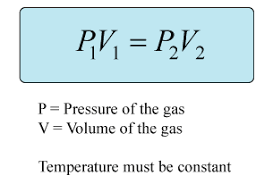 13d         Petitions to get resumption organised (10)
IMPORTUNES – The definition is a verb, and is an anagram (organised) of RESUMPTION.

16d         It might get a six? It’s very unlikely (4,4)
LONG SHOT – This is a figurative expression for an end which is unlikely to be achieved. Literally, it refers to the fact that the further away a target is, the less likely you are to hit it. The expression could also cover what you have to hit to score a six at cricket.

18d         Level of command in military formation (7)
ECHELON – Double definition: a group of people at a particular level in a hierarchical command structure; or a formation of troops (or the peloton in the Tour de France in a cross wind) as if in steps.