Good morning from South Staffs on a bright but very windy morning.

If you’ve come across some of the more obscure words used in today’s Giovanni you should find it straightforward. If you haven’t …

1a           Maiden possibly facing accusation as cheat (10)
OVERCHARGE – We have a four-letter cricketing term, of which ‘maiden’ is an example, followed by a formal accusation.

6a           Drink nothing, coming back for work (4)
OPUS – Start with another word for ‘drink’ followed by the letter which looks like a zero, then reverse (coming back) the lot.

9a           Officer returning with hesitation as one to fill a gap? (5)
LOCUM – An abbreviation for a senior regimental officer followed by a hesitation, giving us someone who stands in for a doctor, perhaps.

10a         Optical instrument must be awfully precise when surgery’s involved (9)
PERISCOPE – Anagram (awfully) of PRECISE wrapped around an abbreviation for a surgical procedure. 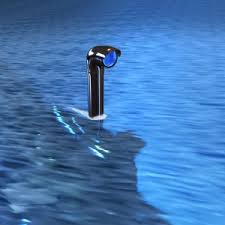 12a         Soldiers calm when guarding hospital or academic institution (7,6)
PRIVATE SCHOOL – Some common soldiers followed by a word for calm wrapped around the abbreviation for Hospital.

14a         Quickest run by runner in Hants (8)
FLEETEST – To run, as in run away, followed by the Hampshire river which meets the Itchen at Southampton.

17a         Government department has uncertainty with unknown change (6)
MODIFY – Put together the initials of a Government ministry, a conjunction indicating uncertainty or the existence of a condition, and an algebraic unknown.

19a         Steward in club at Etihad Stadium with one short request (8)
MANCIPLE – Put together a Manchester football club (not Man U, the other one), the Roman numeral for one, and a request or entreaty with its final letter removed. This gives you an archaic term for a steward or purveyor, one of whom appears in The Canterbury Tales.

21a         One with exaggerated respect for priests could become so strait-laced (13)
SACERDOTALIST – Anagram (could become) of SO STRAIT-LACED. It helps if you know the Latin word for priest.

27a         Tense learner at university, outwardly faultless (10)
PLUPERFECT – A grammatical tense which I had hoped to avoid using – but now I have! Put the letter indicating a learner driver and a two-letter word for ‘at university’ inside a word for faultless.

1d           Look after seaman in capital city (4)
OSLO – A seaman ranking below an AB, followed by a command to look, which gives us a Scandinavian capital. 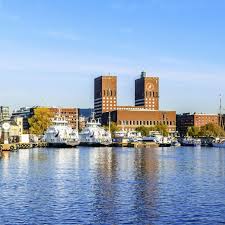 2d           English witness wants capture of top person who’s got away (7)
ESCAPEE – English, followed by a word meaning ‘witness’ wrapped around a top (on a bottle , for example).

3d           Join branch of police and achieve legal recognition (4,4,5)
COME INTO FORCE – This expression, which refers to a piece of law beginning to have effect, could also describe the act of joining the police.

4d           A quiet break interrupted by onset of loud cheers? (8)
APPLAUSE – Put together A (from the clue), the musical symbol for quiet, and a break in proceedings wrapped around the first letter of Loud. 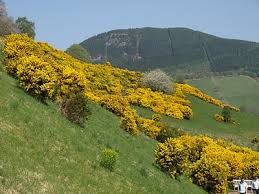 7d           IRA member on street becomes a dignitary (7)
PROVOST – The term applied to members of one of the branches of the IRA followed by the abbreviation for street.

8d           Something in tool shed maybe has left little darlings upset — snake (10)
STEPLADDER – Start with Left and some little darlings (human or animal), reverse the lot and follow the result with a venomous snake.

11d         Conservative in party flexible — one out to impress superiors (6,7)
SOCIAL CLIMBER – A variety of party – a fairly sedate one of the sort that might be held in a church hall – and a word for ‘flexible’, placed either side of Conservative.

16d         Male in the manner of rugby player who couldn’t find the right words? (8)
MALAPROP – Put together Male, an expression (1,2) for ‘in the manner of’, and a front row forward. You get the lady in Sheridan’s play The Rivals who described another character ‘she’s as headstrong as an allegory’.

18d         Figure in endless pain after a month (7)
DECAGON – A geometrical figure is made up of an abbreviation for one of the months of the year followed by a word for severe pain with its final letter removed.

20d         Servant eating too much stew (7)
POTTAGE – A three-letter expression (1,1,1) informally used to mean ‘too much’, is inserted into a junior male servant. The result is the sort of stew which Jacob sold to Esau in return for his birthright.

22d         Bird in roofless building overlooking lake (5)
OUSEL – A building with its first letter removed, followed by Lake. Second time this week that this bird has made an appearance. 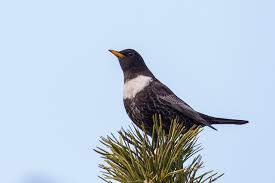