Happy New Year from South Staffs with a reasonably clear start to the day.

Assuming it wasn’t just the effect of the Crémant de Bourgogne with which we saw in 2016, Giovanni has started off the year with quite a testing puzzle, well into *** time for me.

10a         Revolutionary house name in French city (5)
NIMES – Reverse (revolutionary) a type of house followed by Name, to get a city in the South of France noted for Roman remains. 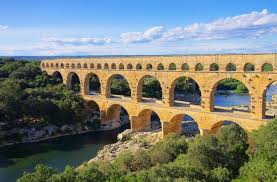 11a         Sunday’s social event — small, with calories cut down (9)
DOMINICAL – One of the usual crossword social events followed by ‘small’ (as in skirts or cars) and a truncated version of ‘calories’. 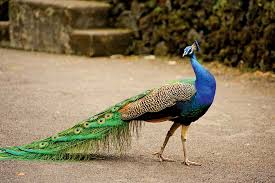 17a         Sixties teenager in dance showing style again (7)
REMODEL – a Scottish dance wrapped around one of the warring tribes of 60s youth.
ARVE Error: need id and provider

19a         Tense, with higher notes having to be sung? (5-2)
KEYED-UP – This expression for tense could also describe a piece of music being performed at a higher pitch.

21a         Spooner’s worry, notice, is no longer confined (3,4)
SET FREE – The good doctor makes his first appearance of the year. Take words meaning ‘worry’ and ‘notice’, and transpose their initial consonantal sounds.

22a         In the morning soldiers knocked over character in Athens (5)
SIGMA – Put together the letters indicating that a time is before noon and some American soldiers, then reverse the lot (knocked over) to get a Greek letter.

24a         Care is arranged, old boy being kept inside for exercises (8)
AEROBICS – Anagram (arranged) of CARE IS with the abbreviation for Old Boy inserted.

27a         At some stage a yellowish-brown bird will nibble worm’s head (2,3,4)
AS AND WHEN – Put together A (from the clue), a yellowish-brown substance or the colour named after it, and a female bird, then insert the first letter of Worm.

29a         Lengths of cloth to dispose of, first to last (4)
ELLS – Take a word meaning ‘dispose of’ and move the first letter to the end, and you get these archaic measures of cloth, the actual length of which varied according to where you were.

30a         Fruit from old garden creating lump in the throat (5,5)
ADAM’S APPLE – Cryptic definition of a feature more prominent in the male body, referring to the Garden of Eden, and the forbidden fruit reputed to have lodged in the throat of the first man.

1d           Hairstyle that is a hit (4)
BANG – Double definition, the first being a female hairstyle with the fringe cut square across the brow. 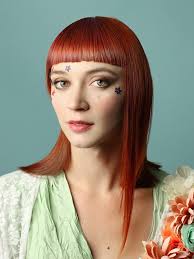 3d           German city being without Anglican church (5)
ESSEN – Remove the letters denoting the Church of England from the end of the core being of something.

7d           Three leading characters from Cambridge set up a university somewhere in China (5)
MACAU – Reverse (set up, in a Down clue) the first three letters of CAMbridge, then add A (from the clue) and University.

14d         Tool said to have succeeded getting in (10)
SPOKESHAVE – A word for ‘said’ and HAVE (from the clue), with an abbreviation for Succeeded between them.

16d         Experienced folk — arthritic strugglers when pen has to be put to paper? (3,5)
OLD HANDS – A figurative expression for people who’ve been in the business a long time, or literally what someone with arthritis who struggles to write might have. 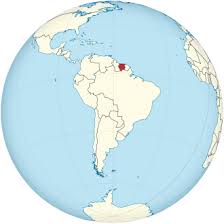 23d         Good alternative to roads is what some look for (5)
GRAIL – Good followed by a means of transport (when it’s not closed for engineering works), giving the object of Arthurian or Pythonesque quest.
ARVE Error: need id and provider

25d         A thin flat piece turned over in wood (5)
BALSA – Start with A (from the clue) and a thin flat piece of stone, then reverse the lot to get a soft, light hardwood used in model aircraft and the Kon-Tiki raft.

26d         Fair one is in shipping bulletin I will broadcast (4)
ISLE – This sounds like (is broadcast) a contraction of ‘I will’. The Fair one comes between Bailey and Faeroes on the shipping forecast.

Now for the New Year’s Day concert from Vienna.