Good morning from South Staffs, where it’s rather foggy this morning.

I thought I’d made a slow start to today’s puzzle from the Don, but found when I’d completed it that I was right on the border between * and ** time. I think the long anagrams in the middle helped.

5a           Dignitary to ramble endlessly when installed in position (7)
PROVOST – Remove the final letter (endlessly) from a verb meaning to ramble or wander, and put the result inside a position or job.

9a           Haul ruler back, showing esteem (6)
REGARD – Another word for haul or pull, followed by the letters indicating our monarch, all reversed.

10a         Within list there’s commercial type of vehicle (8)
ROADSTER – A short word for a commercial placed inside a list of work allocations. 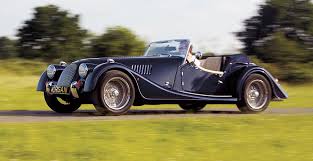 13a         Go downhill having imbibed a Japanese drink (4)
SAKI – The word for going down a snowy hill balanced on two planks, with A (from the clue) inserted.

16a         Black stuff on the front of old plant (4)
TARO – The black stuff used in road surfaces, followed by Old, giving a food plant which is a staple in African. Oceanic and South Indian cultures. 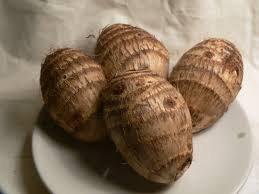 20a         City hospital in district with church (6)
PARISH – A large city in France followed by Hospital.

23a         Soldiers in French city by river (7)
RANGERS – River, followed by a city in western France, the historic capital of Anjou, giving us some US special forces.

2d           Game is hard, daughter admitted — swimmer with severe limitations? (8)
GOLDFISH – Put together a game which has been described as ‘a good walk spoiled’, IS (from the clue) and Hard, then insert Daughter, to get something which is often found swimming round and round a small bowl. 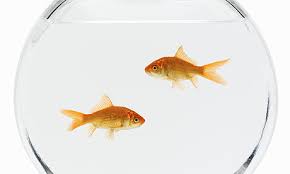 3d           Dull and uninteresting? Listener needs to be engaged (6)
DREARY – The bodily organ used for listening placed inside a word for uninteresting.

4d           Harmonious and happy old Bob is kept inside (10)
CONSISTENT – A word for ‘happy’ wrapped around the abbreviation for the old coin known as a bob and IS (from the clue).

5d           Word sometimes worn by journalist in crowd (5)
PRESS – Double definition: cartoon journalists often have this word attached to their hat; and a crowd or mass of people. 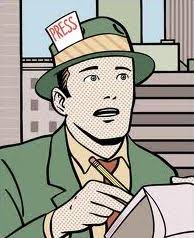 6d           Go past critical point and mark page in book? (4,3,6)
TURN THE CORNER – Double definition, the first being a metaphorical way of saying that a crisis is past; the second being a way of marking one’s place that was strongly discouraged when I was at school.

8d           Religious types entertaining ambassador and rulers (7)
SHEIKHS – The honorific letters put before the name of an ambassador are placed inside the word describing the followers of Guru Nanak.

12d         Greek character and gypsy outside front of circus fortune-telling (10)
CHIROMANCY – The 22nd letter of the Greek alphabet, followed by a gypsy wrapped around the first letter (front) of Circus.

15d         Cleaning? Carol’s keen to get stuck in (8)
SWEEPING – Another way of expressing the verb ‘to carol’ wrapped around what someone keening does.

21d         Nonconformist losing heart in dance (4)
REEL – Remove the middle letter from someone who resists the status quo.