Good morning from South Staffs, where the sun is trying to break through the clouds after some heavy showers.

After the tough back-page crosswords of the last two days, we seem to be back to normal with Giovanni this Friday, though not at his most benign.

1a           Storyteller‘s introduction to mystery as worker swallows poison (10)
MAUPASSANT – Start with the first letter of Mystery, followed by AS (from the clue) and one of the usual crossword workers, then insert the name of a mythical poisonous tree, and you end up with a 19th-century French novelist and short story writer. 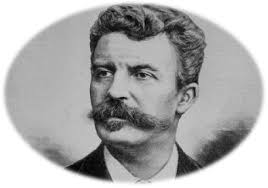 10a         Girl from London in Andover (4)
NINA – A girl’s name is hidden in the clue. I did wonder whether this was a hint that one of these was hidden in the grid, but I couldn’t find one, assuming the vaguely rude word in row 6 wasn’t deliberate.

13a         Publicist apt always to make a quick buck (9)
PROFITEER Put together an acronym for a corporate publicist, a word for apt, and a poetic word for always.

15a         Disliked being dispatched into the grass (8)
RESENTED – A variety of grass wrapped around a word for ‘dispatched’.

16a         A few words of adulation one issued about hospital (6)
PHRASE – Take the Roman numeral for one out of a word meaning adulation, and wrap the result around Hospital.

18a         Frustrate successive characters wanting to have a meal (6)
DEFEAT – Three successive letters of the alphabet, followed by ‘have a meal’. 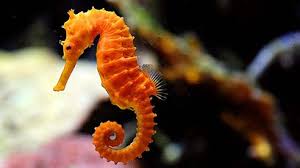 23a         Put together record about one outside residence (9)
CONFLATED – A sort of domestic residence with ONE (from the clue) wrapped around it, and then the sort of record that superseded the LP wrapped around the result.

26a         Meal given to thousand people who work together (4)
TEAM – An afternoon meal followed by the Roman numeral for a thousand.

28a         Season for international talks on arms limitation (4)
SALT – Double definition: the first is a verb with a culinary sense; the second an acronym.

29a         Cook determining, having lost heart, what to put in food (10)
INGREDIENT – Anagram (cook) of DETER(m)INING with its central letter left out (having lost heart.

1d           Most important chap concealing ego (4)
MAIN – The English version of the Latin pronoun ego, inside another word for a chap.

2d           Politician has anger when restricted by American law-enforcers (7)
UMPIRES – The usual politician and a word for anger, placed inside one of the abbreviations for American. 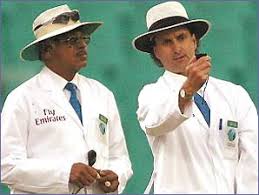 3d           I had bumped into Mark, someone on the same side, by chance (12)
ACCIDENTALLY – The short form of ‘I had’ placed inside a mark or stress, followed by someone on your side in an argument.

4d           More irritable photographer at seaside may do this (8)
SNAPPIER – Split (4,4) this could describe what a photographer taking a picture of a seaside landmark does. 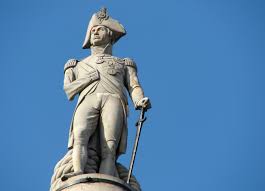 7d           Harmony comes with artist — fancy! (7)
CHIMERA – Another word for harmony (not perhaps in common use) followed by the letters distinguished British artists may have after their name.

14d         Affirms what may be said of subjects (10)
PREDICATES – Double definition: a verb meaning affirms or asserts; and a grammatical term describing the plural of the part of a sentence which is not the subject, and which says something about the subject.

17d         Theologian embraced by explosive king, being cherished (4,4)
HELD DEAR – The acronym of a variety of explosive followed by a Shakespearean king, with the letters indicating the holder of a higher degree in theology inside the result.