I found the top half of today’s Giovanni puzzle more difficult than the bottom, and took a little time to fathom one or two clues, hence my *** difficulty marking.

5a           Famous US science teacher‘s optical instruments (6)
SCOPES – Double definition, the first being the Tennessee teacher who was prosecuted in 1925 for teaching the theory of evolution. 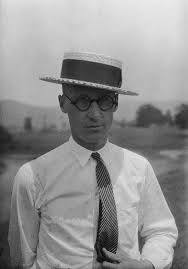 9a           This person’s posturing as impressive (8)
IMPOSING – Another way of saying ‘this person is’ followed by what a model does.

11a         Management of image by company with a policy to be sweet (7)
PRALINE – The two-letter acronym for the management of publicity followed by A (from the clue) and an expression of, among other things, party policy. 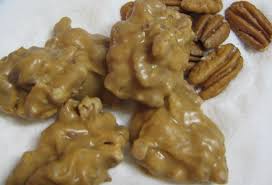 16a         Imbibers who go to pot? (3,8)
TEA DRINKERS – Cryptic definition of people who source their drink from a pot rather than a bottle or barrel.

22a         Claim made by little old female in crowd (7)
PROFESS – Put abbreviations for Old and Female inside a crowd or throng.

23a         Girl, one in spectacles putting off outsiders (6)
LASSIE – Put the Roman numeral for one inside a common word for spectacles, then remove the first and last letters to get this dialect term for a girl.
ARVE Error: need id and provider

25a         Becomes aware of meaning when listening (6)
SCENTS – This is a word that sounds like (when listening) a word for meaning.

26a         Bishop most strange and least likely to be sober? (8)
BEERIEST – The chess symbol for a bishop followed by a word meaning most strange or spookiest.

2d           Seem to be a listener keeping very quiet (6)
APPEAR – The musical symbol for ‘very quiet’ is placed between A (from the clue) and something you listen with.

6d           Officer, one taking line south of mountain pass (7)
COLONEL – A mountain pass followed by ONE (from the clue) and an abbreviation for Line.
ARVE Error: need id and provider

7d           Completely heartless paper with monstrous female given advancement (8)
PROGRESS – Remove all the inside letters from P(ape)R and add a female version of a fairy-tale monster.

12d         Businesses stalled here? (11)
MARKETPLACE – Cryptic definition of a place where trade is carried on from stalls.

14d         Disorder aboard ship making trips (8)
STUMBLES – A verb meaning ‘to throw into disorder’ inside (aboard) one of the usual crossword ships.

15d         Man perhaps overcome by beautiful sort of design (4,4)
FAIR ISLE – Another word for beautiful followed by Man or Wight or Muck or… 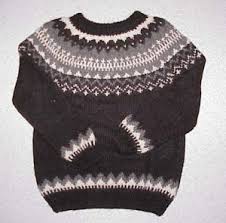 17d         One taking practical approach is on a roll (7)
REALIST – Put together the Latin word for on or about or concerning, A (from the clue) and something of which an electoral roll is an example.

18d         Gun beginning to scare owl? (7)
SHOOTER – An informal term for a gun is made up of the first letter of Scare and a word for an owl based on the noise it makes.

19d         Spell out letters at end of crossword clue, all right? (6)
DEFINE – The final letters of crossworD and cluE followed by a word meaning all right.

20d         Sanction at the moment that gets transmitted (6)
ASSENT – A word that, more commonly linked with ‘just’, means ‘at the moment when’, followed by a word for transmitted.

The Quick Crossword pun HONOUR + HOLE = ON A ROLL