Good morning from South Staffs on an overcast, grey and drizzly morning.

A rather strange feeling to this puzzle from Giovanni, in that it felt quite tricky while I was solving it, with some interesting pieces of wordplay, but the clock on the Telegraph site told me I’d finished comfortably within ** time. It will be interesting to see what others have made of it.

7a           Bad weather is restricting team playing — very unwelcome message (8)
HATEMAIL – An anagram (playing) of TEAM inside a variety of precipitation.

10a         Film actress opposite H. Keel in 1953, significant time (1-3)
D-DAY – The name of the actress who starred in Calamity Jane opposite Howard Keel, shortened to first initial and surname (like H. Keel), giving the start of a military operation.
ARVE Error: need id and provider

12a         Still and quiet lake with chemical harmful to it? (6)
PLACID Put together the musical symbol for quiet, an abbreviation for Lake, and a corrosive chemical.

14a         Appearing before the photographer again or taking a rest? (8)
REPOSING – Double definition, the first possibly describing what a photographic model is doing on take two.

15a         and 17: Clue to a padre being seen here in military area (6,6)
PARADE GROUND – This is a reverse anagram: if A PADRE were the answer, the first word of this part of a military camp would be the anagram fodder, and the second would be the indicator. 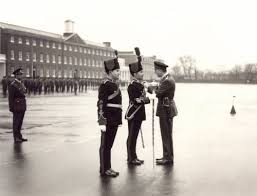 20a         Mother or saint in a position to honour the dead (4,4)
HALFMAST – Another unusual construction: The answer, read literally, could describe either a familiar word for mother, or an abbreviation for saint, but is actually where a flag is flown as a sign of mourning. 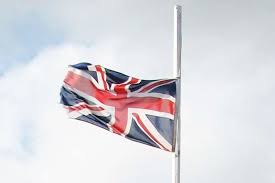 24a         Little son, depressed and not reacting quickly (4)
SLOW – An abbreviation for Son, followed by depressed or down.

25a         River gets any number cut off initially (6)
SEVERN – Start with a word meaning ‘cut off’ and add the algebraic symbol for any number, to get the river which starts in Wales as Afon Hafren.

26a         Animals ascend, running over hill, half hidden (8)
ECHIDNAS – An anagram (running) of ASCEND wrapped around the first half of HI(LL) 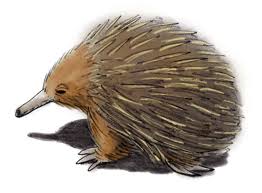 2d           Lots of people gathering together drink audibly (4)
BEVY – A collection of people, usually blondes or beauties in tabloid-speak, which sounds like (audibly) a drink (or several).

3d           Stood by after king attacked (6)
RAIDED – The Latin abbreviation for a king, followed by a verb meaning stood by or assisted.

4d           Girl one with long slow strides? Much quicker mover (8)
GALLOPER – An informal spelling of ‘girl’ followed by someone walking with long, slow strides. 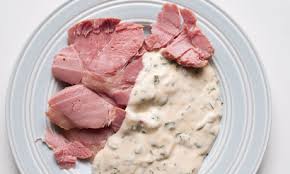 6d           Congenital pest speaking endlessly in pub (6)
INBORN – Remove the final E from someone who drones on and on, and put the result inside another word for a pub. 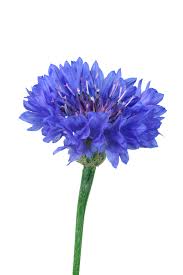 16d         Designing buoyant structure with sound cladding (8)
DRAFTING – A floating structure, such as Kon Tiki, with the sound of a bell wrapped around it.

21d         Stars, about a thousand — they may be fighting each other (6)
ARMIES – A sign of the Zodiac with the Roman numeral for a thousand inside it.

22d         What NE river is rising, revealing froth? (6)
SEETHE – Start with an exclamation such as ‘What?’ followed by the river which runs through Middlesbrough, then reverse the whole lot (is rising).