Greetings from Ottawa, where the weather has taken a decidedly autumn-like turn. I expect to awake to find that we have received our first frost of the season tonight. On more important matters, I am sure that eyes everywhere today will be focused on the results from north of the border.

I found today’s puzzle from RayT to be quite a challenge. After solving about a quarter of the clues, I began to hear the clock ticking louder and louder. I decided at that point to call my electronic assistants into action to ensure that I would have a review to post today. Even with their help, some of the clues proved quite tricky. In hindsight, I can see that it should have been a very enjoyable puzzle — and have rated it accordingly. Unfortunately, my actual enjoyment level was somewhat dampened by the blogging deadline looming over me.

1a   One provides indicator untangling unknown expression (10)
DICTIONARY — we start with an all-in-one clue; an anagram (untangling) of INDICATOR followed by one of the algebraic unknowns gives us what crossword solvers consult when confronted with an unknown expression 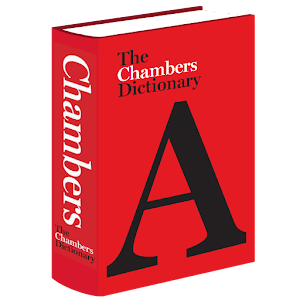 6a   Drawing and painting, say, topless characters (4)
ARTS — characters from a stage production or motion picture without the first letter (topless)

13a   Sparkling Blue Nile flowing by Tana originally (9)
EBULLIENT — anagram (flowing) of BLUE NILE plus the first letter (originally) of Tana; Lake Tana is the source of the Blue Nile 18a   Shout and stamp catching Queen (6)
SQUEAL — an engraved metal stamp used to make a mark in wax to authenticate a document around the less common two letter short form for Queen; the solution is a sound with which Miffypops is likely familiar

20a   Stop for siesta, then shower (8)
RESTRAIN — a period of relaxation followed by some precipitation

23a   Most reclusive individual is still in vacant lot (9)
LONELIEST — start with a charade of a third person pronoun denoting an individual and a verb that means remains motionless (while being flat on your back, for instance); then place the result inside the outer letters of LoT

3d   Enigmatic, popular former wife, flexible about clubs (12)
INEXPLICABLE — start with the usual suspects for popular and former wife; then append a synonym for flexible holding a suit of cards

4d   Ace number purchased by miss getting spruced up (8)
NEATENED — don’t discard the deck of cards just yet; take the letter that appears on the ace and the highest number that appears on a card and place these inside a verb meaning miss or lack

8d   Bit of stuff in chorus perhaps (10)
SMATTERING — material contained in a verb denoting to voice in unison (in this case, melodically)

11d   I dwell over passion on grass in graphic (12)
ILLUSTRATIVE — I (from the clue) followed by a verb meaning to dwell or reside containing (over) a strong, especially sexual, desire and a verb meaning to inform on someone

17d   Remains in undergarment I guess, irregularly (8)
VESTIGES — a garment worn under a shirt plus I (from the clue) plus the odd (irregular) letters of GuEsS; despite “irregular” meaning odd in the sense of peculiar, the odd letters constitute a regular sequence

21d   Green Party following American, almost articulate (7)
AVOCADO — the usual party is placed at the very end of the solution, where it follows A(merican) and most of a word meaning eloquent or expressive

22d   Job of the compiler on line (6)
METIER — how the compiler of the puzzle would objectively refer to himself precedes (on in a down clue) a line of seats in a stadium, for instance

25d   Boil up seeing politicians without conviction? (4)
WETS — a reversal (up in a down clue) of a verb that colloquially means to become too hot, especially in a crowded, confined space gives Margaret Thatcher’s favourite targets of scorn

There are so many good clues that I cannot possibly mention them all. I will single out 13a, 29a and 5d as ones that especially appealed to me. As a favourite, I will go with 27a — the clue that put up the biggest struggle.