Hola from the Vega Baja where the heat wave still continues and it’s forecast to get hotter tomorrow and Friday! It’s nice to have a go in my old Wednesday slot for once as I always like a Jay puzzle and this was no exception. Very neat clueing and some humour but it just crept into 3* difficulty for me because I was inordinately slow twigging 6d, d’oh! I don’t suppose you guys will have the same trouble.

Answers are under the ‘click here’ buttons and, as usual, the ones I liked most are in blue.

1a           Cover regularly left on fish (6)
CARPET: A cover for the floor is a fish followed by alternate letters (regularly) of left.

9a           Turned tail during one-time Tory leader’s diatribe (8)
HARANGUE: You need the guy who was leader of the Tory party at the turn of the century, currently leader of the House of Commons, and insert (during) a word meaning turned tail or fled. 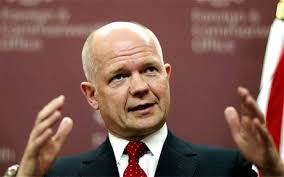 11a         Short tea breaks for the current controller (8)
RHEOSTAT: A controller of electric current is an anagram (breaks) of SHORT TEA.

13a         Article required in escape from window (8)
FANLIGHT: Take a word for an escape or running away and insert an indefinite article and you get the sort of window found above a door.

15a         Probability of dismissal drives salesmen using leads (4)
ODDS: First letters (using leads) of the previous four words of the clue.  I missed this one on first pass and when I came back for a second look I found the answer was filled in because I’d solved the four interlinking down clues! Hmm – short changed methinks!

17a         When love anticipates cold in the land of the Geordie (4)
ONCE: Start with O (love in tennis) and follow with C(old) inserted in the area where Geordies live.

21a         Boozer‘s a bloodsucker, drinking meths regularly (8)
ALEHOUSE: An slightly archaic word for a pub which serves beer is A (from the clue) followed by a bloodsucking wingless insect with the alternate letters (regularly) of mEtHs inserted (drinking). 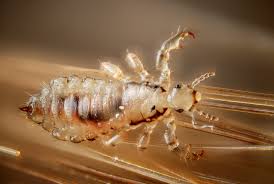 22a         Make an effort to carry one hundred kilos — difficult (6)
TRICKY: Start with a word meaning make an effort or have a go and insert (to carry) I (one), C (hundred) and K (kilo) to get the word I usually use to describe a difficult crossword.  I wasted some time trying to use KG as the kilo!

24a         Shrink must be against heartless commitment (8)
CONTRACT: A five letter word for against followed by CT (heartless C(ommitmen)T).

25a         Good profit by following a source of rare stone (6)
GARNET: Start with G(ood) and then a word for to profit which you place after A (from the clue) and an R (source of Rare) and it will give you a gemstone.

2d           Poor returns dividing amateur labourer and an expert (1,3,4)
A DAB HAND: Take A(mateur) and one of the usual workers and insert (dividing) a reversal (returns) of a word meaning poor or not good and then split the result (1,3,4)

3d           Rewards incorporating student games in finals (4-4)
PLAY OFFS: Insert (incorporating)  the usual letter for a student into some rewards or settling of debts.

5d           It makes a powerful contribution for a comfortable retirement (8,7)
ELECTRIC BLANKET: Cryptic definition of what I have on my bed in the Winter.

6d           A scream — under church carriage! (7)
CHARIOT: This is a carriage used by Ben Hur and it’s a colloquial phrase for a scream, as in something very funny (1,4),  placed after (under in a down clue) an abbreviation for a church.  Last in and for some reason it took ages for its penny to drop. 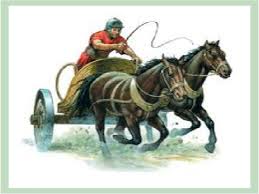 7d           African seeing Inuits moving north across east of Canada (8)
TUNISIAN: A north African is an anagram (moving) of INUITS followed by N(orth).  This lot is placed around (across) the A from the east or right end of CanadA.

8d           One’s up after six, in disreputable club causing conflict (8)
DIVISIVE: Reverse (up in a down clue) IS (ones) and place after the Roman numeral for six and insert into (in) a word for a disreputable club.  I used to frequent one of these places called ‘Mr Smith’s’ when I was a student in Manchester!

14d         Housework finished at home, with pig outside (9)
HOOVERING: Some housework is a word for finished (4) and the usual two letters for ‘at home’ with a pig round the outside. 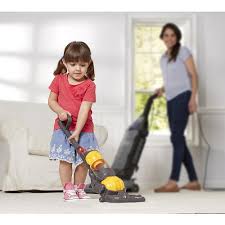 15d         Artist absorbed by poetic arranging of ‘Carmen’, for example (8)
OPERATIC: Insert (absorbed) the usual artist into an anagram (arranging) of POETIC.

17d         Working with attractive girl spectator (8)
ONLOOKER: A word for working, as in not turned off, followed by a slang word for an atttractive girl.  Does this word apply to an attractive man as well?

18d         Save answer after study (8)
CONSERVE: Take a word for answer, as in answer the requirements of, and place after a word meaning to study.

19d         A problem that’s difficult as second fiddle (7)
STINKER: S(econd) followed by a word meaning to fiddle about with.

Some nice stuff here but my favourite is 5d.  Hard to imagine needing one of those with the weather being as it is. When I got out of bed at 0800 today it was 24C !