Hola from the Vega Baja where the heat wave continues! With my track record of spotting setters you never know but I’m pretty sure who set this one! It has all the hallmarks of a RayT – Her Majesty, short clues and a bit of innuendo.

Most of the puzzle’s construction is fairly straightforward but there are a few slightly unusual definitions and some obscure  synonyms which caused me to slip just into 3* territory. A tip from me would be to start with the downs. I found them considerably more benign than the across clues of which I only got four on first pass! Perhaps it was the slow start which caused the third star as it all fell together fairly quickly once I got going on the downs.

Answers are under the ‘click here’ buttons and, as usual, the ones I liked most are in blue.

1a           Pretty dull chaps with time for flattery (12)
BLANDISHMENT: Pretty dull would be ‘dullish’ so what you need is a synonym for dull, add the ISH and then some chaps and a T(ime).  That’s one of those that’s far easier to solve than to hint!  There’s a few more like that in this puzzle.

8a           Rolling Stones employing tenor for top cover (7)
STETSON: It’s an anagram (rolling) of STONES with T(enor) inserted (employing).  This was one of the four. 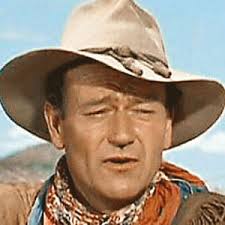 9a           Reason some police use bad language (7)
DISCUSS: This is reason as in argue.  Take the abbreviation for some senior policemen (Lewis is one of these) and an informal word for to use bad language or swear.

11a         Copy almost cutting record by Queen in comeback (7)
REPLICA: Take a word for cutting or tart and remove the last letter (almost). Follow with one of the usual records and her majesty. Then reverse the whole lot (in comeback).

12a         European meat with alien name (7)
EPITHET: Start with E(uropean) and then meat as in the essential or important part.  Follow with our favourite alien and you get a word for a nickname. 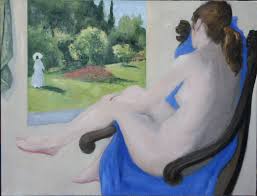 14a         In hotel even, session breaks for morning drinks (9)
ELEVENSES: Kath’s favourite type of clue. The answer’s hidden in (in) HOTEL EVEN SESSION.

16a         Communist accepts finest amending for ‘Little Red Book‘? (9)
MANIFESTO: You need the communist who’s little red book could be said to be his one of these and insert an anagram (amending) of FINEST.

19a         Scientist annihilates laboratory centre (5)
TESLA: A slightly obscure scientist who has the SI unit for magnetic flux density named after him is the five central letters (centre) of ANNIHILATES LABORATORY.

21a         Anorak around a Northern railway station, we hear (7)
CAGOULE: A type of anorak (clothing not a trainspotter) is a one letter abbreviation for around or about, A from the clue and then five letter which, if pronounced, would sound like (we hear) a town and inland port in Yorkshire which is known for it’s railway.

23a         Devout deserve good man holding evensong opening (7)
EARNEST: A word for to deserve or to merit followed by the usual good man and insert E (Evensong opening).

24a         Supplies Rolls-Royce distributed separately in recycling deals (7)
LARDERS: Supplies of food, or where they are kept, are an anagram (recycling) of DEALS with R(olls) R(oyce) inserted but not next to eachother (distributed seperately in).

25a         Studio devoured story, Wilder’s last (7)
ATELIER: Charade of a word for devoured or consumed, an untrue story and an R (WildeR’s last).

26a         Cross endless river on container ship (12)
CANTANKEROUS: Take a Yorkshire river (where the town in 21a lies) and remove the last letter (endless). Place it after (on) a container followed by a large type of ship.

1d           Soundly jump in the sack? Cut out obscenity! (7)
BLEEPED: What is done to take a swearword out of a TV interview for example.  Take four letters which aren’t a word but sound like (soundly) a jump and insert into (in) what the sack is a slang term for – not losing your job but where you kip.

2d           Sailor reportedly glides and descends by rope (7)
ABSEILS: A bit similar to the last clue.  Take the usual sailor and then five letters which aren’t a word but sound like what the sailor does.

5d           Fail to get the compiler’s message (7)
MISSIVE: A word for fail followed by how the compiler might say he has gives you a message or letter.

6d           One hundred minus one leaves two… (7)
NOUGHTS: I think this counts as an all-in-one.  Write one hundred in figures and remove the one and what are you left with two of?

15d         Free from former wife with ace figure (9)
EXONERATE: The usual former wife followed by the number represented by an ace and then a word for figure, as in charge, fee or tarrif.  Told you there were some slightly off-the-wall bits in this puzzle!

17d         Country‘s state, say, during rising (7)
NIGERIA: You need a word for state, as in say or express, the usual abbreviation for say or for example and then a word for during as in inside.  Then reverse the whole lot (rising in a down clue).  The answer to this was pretty obvious from the checkers but parsing it took some serious head scratching. Think I’ve got it right! This has to be the most off-the-wall of the lot!

19d         Weapon shot conserving power before discharge (7)
TORPEDO: Take a word for shot, as in ran very fast, and insert a P(ower) and follow with a word which can mean discharge as in ‘discharge your duty’.  Another slightly off-the-wall clue!

20d         Sort of inoffensive case wearing glasses (7)
SPECIES:  Start with IE (InoffensivE case) and insert (wearing) into an informal term for a pair of glasses.

22d         German city of Cologne perhaps, without Church (5)
ESSEN: Take a word for what eau-de-cologne is an example of and remove the last two letters, which happen to be the abbreviation for the Church of England (without church), and you’ll be left with what must rank as crosswordland’s favourite German city.

Lots of good stuff but my runaway favourite has to be 6d.  What about you?