Greetings from Ottawa where I am making a brief stopover between travels. Earlier this month, my wife and I had the immense pleasure of spending a bit more than a week touring parts of England. We started in Liverpool, spent a day in Manchester, then several days exploring the moors and dales of Yorkshire, followed by a couple of days in Oxford and surrounding areas of Oxfordshire and Buckinghamshire, and finished with a night in the Royal Borough of Kensington and Chelsea. In all the time that we were there, we encountered only about an hour of rain – and that occurred during the bus ride from Oxford to London. By the time we reached our hotel, the rain had let up enough that we were able to take a stroll in Kensington Gardens.

As for today’s puzzle, while I was easily able to solve a half-dozen or so clues on the first read through, I would say that these were by no means indicative of the level of difficulty of the rest of the puzzle – which I found to be very challenging. For myself, the puzzle edged into 4* territory for difficulty. However, I may just be out of practice, recently having had little time to spend on puzzles on a regular basis. Some unfamiliar British personalities also gave me some trouble. Consequently, those of you in the UK may find the puzzle less challenging than did I.

5a Firm set of lips getting gloss? (3-3)
{ COP-OUT } – an abbreviation for a business enterprise precedes a sulky (or sultry) set of the lips; the apparent meaning of gloss is a bit of a mystery to me – presumably, it is less puzzling to those of you in the UK

8a Completely put under water, it has no chance of success (4,4)
{ DEAD DUCK } – an adjective denoting complete or absolute followed by a verb meaning to immerse

11a Second senior citizen with time after work creating regular drama (4,5)
{ SOAP OPERA } – a charade of S(econd), an acronym for a person of advanced years, a musical work, and a distinct period in history produces a sudsy story that appears in the same timeslot every day on the telly

14a Keep in mind wet weather holding Lawrence back (6)
{ RETAIN } – apparently typical English precipitation containing the reversed initials of Lawrence of Arabia; I say “apparently typical” as this weather phenomenon was untypically absent during my recent visit to England

23a Umpiring decision’s correct in total (8)
{ OUTRIGHT } – a charade of a disappointing decision by an umpire (disappointing for a batsman, that is) and a synonym for correct or true

26a She offers advice a guy cannot somehow without crying at first (5,4)
{ AGONY AUNT } – an anagram (somehow) of A GUY (c)ANNOT without the first letter of C(rying); to my ear there would appear to be a word missing in the surface reading

28a ‘Herald‘ making someone upset? (5)
{ CRIER } – double definition; the first being an official who announces news by shouting it out in public

31a Resounding approval for rise (6)
{ ASCENT } – sounds like (resounding) agreement or approval, especially that conferred by the monarch

1d Hateful and tiresome wanting two starters and getting nothing (6)
{ ODIOUS } – a synonym for tiresome or monotonous has its first two letters go missing (perhaps they defected to 14a), only to be replaced by the letter that looks like a cipher

4d Search cut short over Home Counties for northerner (6)
{ SCOUSE } – a synonym for search with its final letter [you have a choice of R or T] removed (cut short) followed by (over, in a down clue) the geographical descriptor for the Home Counties; this northerner being an inhabitant of the first city that I visited on my recent trip to England

6d Somewhat overweight for 12 (5)
{ PLUMP } – double definition; the second definition being provided by the solution to clue #12

7d Stubbs: fine artist associated with fish and game (8)
{ UNAFRAID } – a charade of the first name of a British actress, F(ine), a member of the Royal Academy, and a fish also known as the orfe; I thought the fish had lost its tail but the name is spelled without an E in the BRB (if nowhere else) 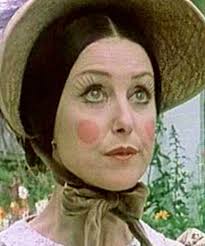 15d Banker retiring in exotic Neath making an impressive leap (9)
{ ENTRECHAT } – an anagram (exotic) of NEATH containing the reversal (retiring) of another word for banker; here, banker is not a financial mogul or a river, but a sure bet at a race course

16d ‘Pirates of Penzance’? Endless cheese by Gilbert and Sullivan (8)
{ BRIGANDS } – a charade of a creamy French cheese with its last letter removed and a shorthand notation for the collaborators who wrote the words and music for the comic opera referred to in the clue; the question mark indicating a definition by example

18d A good conclusion with German agreement on EU money getting close (8)
{ ADJACENT } – a charade of A (from the clue), the concluding letter of (goo)D, the German word for ‘yes’, and a EU monetary unit smaller than a euro

22d Not keen on having stove in south-east wings (7)
{ AGAINST } – a charade of a make of stove which gave its name to a literary genre, IN (from the clue), and the first and last letters (wings) of S(outh-eas)T

There is – to my way of thinking – some fairly complex wordplay in today’s puzzle, with reversals inside of charades, etc. Moreover, many of the definitions are very well disguised. Among my favourite clues would be 2d (with its technically correct surface reading), 15d (where I found myself trying to find a river to paddle up), and 24d (with its smooth surface reading and hard to spot definition).