This is a very enjoyable puzzle. If Tuesday’s puzzle had me scratching around for picture opportunities then today’s more than makes up for it – I’m spoilt for choice.
Let us know how you got on and how you liked it.

1a  One looking for clues left in houses? (6)
{HOLMES} – the name of a fictional sleuth appears when you insert L(eft) in places of residence.

5a  Funny play deficient, now sadly a disappointment (8)
{COMEDOWN} – a play that’s meant to make you laugh is missing its last letter, i.e. it’s deficient, and that’s followed by an anagram (sadly) of NOW.

9a  Actor‘s headline portrayal of Saul’s conversion (4,6)
{PAUL NEWMAN} – this (4,3,3) is how the headline might have appeared in the Damascus Chronicle (had it existed and been written in English) when news broke of the conversion of Saul of Tarsus. The conversion occurred both spiritually and nominally.

10a  Something on meal table in lounge (4)
{LOAF} – double definition. Lounge is a verb here.

11a  Mum carrying antique through part of Europe (8)
{MOLDAVIA} – this is the name of a one-time principality in Eastern Europe (since broken up, but part of it is now a country with a very similar name). An affectionate word for mother contains (carrying) an adjective meaning antique or ancient, then add a preposition meaning through or by way of. 12a  State unfortunately having a king overthrown (6)
{ALASKA} – an interjection meaning unfortunately is followed by the reversal (overthrown) of A (from the clue) and the chess abbreviation for king.

15a  Writer in South Africa having to hang around (8)
{SALINGER} – this is an American novelist, best known for The Catcher in the Rye. Start with an abbreviation for South Africa and follow this with a verb to be protracted or hang around.

18a  Elvis in huge theatre initially drowned by instrument (8)
{COSTELLO} – the abbreviation for huge (in clothing sizes) and the initial letter of T(heatre) are contained in (drowned by) a large stringed instrument.

23a  A maiden and friend hoarding gold with no concern for ethical values (8)
{AMORALLY} – A (from the clue) and the abbreviation used for a maiden over in cricket are followed by a friend or comrade, then the heraldic tincture of gold is inserted (hoarding).

25a  Small twins, first pair to get lost (4)
{MINI} – the first pair of letters needs to be removed (lost) from the heavenly twins Castor and Pollux.

26a  Church in which the French soldiers will be given money and fruit (10)
{CLEMENTINE} – the abbreviation for the Church of England contains a) a French definite article, b) ordinary soldiers and c) a slang term for money.

27a  What may be found in school textbook, awful grey tome (8)
{GEOMETRY} – an anagram (awful) of GREY TOME.

28a  Old Greek graduate stuck within that time (6)
{THEBAN} – an arts graduate is inserted (stuck) inside an adverb meaning that time.

2d  Old volunteers work in region of South Island (5)
{OTAGO} – the South Island referred to is part of New Zealand. String together O(ld), the abbreviation for our volunteer army and a verb meaning to be in working order. 3d  Clumsy matador, I will get twisted round bull’s tail (9)
{MALADROIT} – an anagram (will get twisted) of MATADOR I contains (round) the tail letter of (bul)L.

4d  Put off the woman — darling not to have ring (6)
{SHELVE} – the subjective form of a feminine pronoun (the woman) is followed by a synonym for darling or sweetheart without the round-looking letter (not to have ring).

5d  Come in to pal’s, say, after accident, showing sympathy (15)
{COMPASSIONATELY} – an anagram (after accident) of COME INTO PAL’S SAY.

6d  Finish with blame flying around — not going to scrap yet? (8)
{MENDABLE} – a synonym for finish has around it an anagram (flying) of BLAME.

7d  What Euclid saw as a triangle? (5)
{DELTA} – Euclid was, of course, Greek – so which Greek letter looks like a triangle? 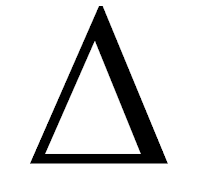 8d  Feeble report of Sunday-to-Saturday requirement (4-5)
{WEAK-KNEED} – this compound adjective can mean both physically feeble (having difficulty remaining upright) and feeble in the sense of showing a lack of moral fibre. It sounds like (report of) a seven day requirement.

17d  Smart, having washed wound? (5-3)
{CLEAN-CUT} – smart here means neat and respectable. It’s a charade of an adjective meaning washed or unsoiled and a type of wound (possibly a self-inflicted one, caused by a moment of carelessness when preparing the vegetables?).

20d  Look towards the setting sun, being most depressed (6)
{LOWEST} – an exclamation meaning look (which you tend to see only in crosswords these days) followed by the direction in which you look to see the setting sun.

22d  King and his son maybe half cut before noon (5)
{PRIAM} – this is the mythical King of Troy. He reputedly had over fifty sons so I was all prepared to trawl through a list of names when I realised that what we want is the first half (half cut) of a title usually given to all the sons of a king. Add to this the abbreviation for before noon.

24d  Woman in peril, in danger (5)
{LINDA} – concealed in the clue is a woman’s name. Here’s a rather attractive one with Johnny Cash.