Maybe it was the effect of a late night, after a gruelling tennis match against mighty Brighton, but I found this at the high end of difficulty for a back-pager. All the clues were solvable with the application of a little preservation, so get stuck in and enjoy it. A satisfying solve.

8a Woman’s in resort getting help in high places (6)
{SHERPA}   These rugged individuals are the backbone of Himalayan expeditions, formed by the female pronoun inside a word for a (typically) health resort 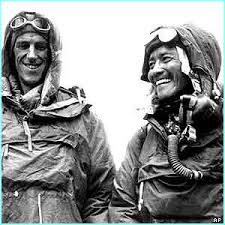 9a Rudimentary island with nothing beside brewed tea (8)
{INCHOATE}  Build this adjective meaning rudimentary or incomplete from a small island, O and an anagram (brewed) of TEA

10a Female garment a shopkeeper’s responsibility? (8)
{STOCKING} A double definition. (Bouquets or Brickbats to Gazza for supplying the illustration)

11a Woman keeping quiet describing bog? (6)
{MARSHY}   A guest appearance for our favourite Welsh blogger! Take a female name and insert a small word for “be quiet” to derive this adjective for a wet tract of swampy land

12a Frivolous fellow with insolence getting to criticise team’s leader (8)
{FLIPPANT}  F(ellow), 3-letter words for “cheek” and “to find fault” and T(eam) together build this synonym for frivolous

13a Like an intimate conversation just before lunchtime? (3-2-3)
{ONE-TO-ONE}   The precise time that you might have be having an intimate chat with a friend?

16a Friend infused with energy about origin of this stray animal (8)
{ALLEYCAT}   A synonym for friend, with E inserted (infused), a 2-letter abbreviation for about, plus T(his) produce a stray feline 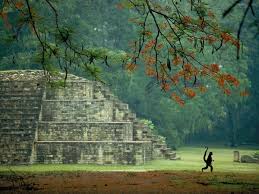 21a It’s a team game, therefore cricket club requires one ruling (6)
{SOCCER} “Cricket” is slightly misleading, as this other, less refined  team game is made up of a small synonym for therefore; MCC with no Marylebone; and the standard abbreviation for “One’s Queen”

23a  Hick’s moving in unrefined form of transport (8)
{RICKSHAW} This oriental, man-powered transport is built from and anagram (moving) of HICKS inside a synonym for unrefined 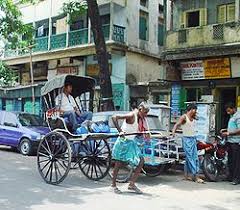 24a Party creature, say, one taken in by cool tip when drunk (8)
{POLITICO}  This kind (say) of political person  is an anagram (drunk) of COOL TIP with I (one) inserted

26a Tense coach beset by second journalist (8)
{STRAINED}  Similar construction to the previous clue – a synonym for to coach, with S(econd) and then our *senior journalist wrapped outside (beset). (*Can’t someone come up with another clue for this?)

1d Movement between points an element in badminton? (7)
{SHUTTLE} This word appeared a couple of weeks ago in DT26814. Here it is derived from a double definition of a regular means of transport (train / bus / plane) and the feathered target in badminton. 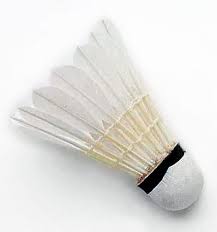 2d Price altered a bit heartlessly in steep location (9)
{PRECIPICE}  Start off with an anagram (altered) of PRICE , add a word for a bit, missing its middle letter, to derive  this kind of cliff-face.

3d Bird circling a river and sailing venue (6)
{MARINA} An Indian bird, related to the starling, around (circling) A R(iver) produces a mooring for boats. (IMHO  the word applies more to a kind of harbour, rather than to an event, as implied in the clue)

4d  Lorry driver took freight with hand in shift (6,2,3,4)
{KNIGHT OF THE ROAD} An anagram (shift) of TOOK FREIGHT / HAND leads to this description of a trucker (often seen with KING as the first word)


5d Load cook initially found having to cut sign of additives? (8)
{ENCUMBER} Take the EU code for food additives with C(ook) inside (cut) to produce a verb meaning to burden

6d Clean search (5)
{SCOUR} Double definition. Author’s note – a few of you came up with SWEEP as the answer. Fair enough, but we’re looking for a more thorough clean – and search.

7d Equipment with revolutionary name in domestic setting (7)
{KITCHEN} Our favourite rebel is wheeled out again, inside a synonym for equipment and N(ame) to produce a place in the house where there never seems to be enough room. (What would compilers do without him!?)

14d Public official with colleagues and money in ME country (9)
{OMBUDSMAN} Apparently a Norse term for an intermediary is derived from a colloquial (US?) term for colleagues, and M(oney) inside one of the Gulf States

15d Archer’s predecessor, Northern type with venom (8)
{SCORPION}  Time to open your  astrological references –  take the star-sign represented immediately before the Archer and add N(orthern) to derive this creature with a sting in its tail 18d Chap taking in road with sun getting discomfort (7)
{MALAISE}  The masculine descriptor surrounds (takes in) the road from Edinburgh to “The South”, S(un) and means discomfort, or illness.

22d Some machinations to get porcelain (5)
{CHINA} Hidden inside the long word is a synonym for porcelain, originally made here

Maybe this was made more difficult by frequent interruptions to check our progress in Galle, but I stick by my original assessment. Please add yours below.