We have one of ProXimal’s trademark X-less pangras this morning (though I see that he has also set the Toughie today, so I may be wrong). I was thoroughly held up by 8d, my last one in, where it took me a long time to latch on to the definition, and to identify the shop involved. I’m not sure how far across the world that particular supermarket chain has spread, so I look forward to hearing from our overseas solvers.

5a           Members of clergy sing in the sticks (7)
CURATES – ‘Sing’ here is criminal slang for informing on one’s associates. Find another slang word for the same act of betrayal, then wrap the sticks used in snooker or pool around it.

9a           Alien conquest in Barking of no significance (15)
INCONSEQUENTIAL – Anagram (barking) of ALIEN CONQUEST IN.

10a         Port a person knocked back after golf (5)
GENOA – Put together A (from the clue) and a word for a person or individual. Reverse the result (knocked back) and put the letter represented by Golf in the NATO alphabet at the front, to get an Italian port.

11a         Stubborn and cocky, bishop’s overcome by power (9)
PIGHEADED – Start with a word for ‘cocky’, then replace the chess notation for Bishop with an abbreviation for Power.

12a         Maybe Henry‘s hip is troubled with cyst (9)
PHYSICIST – Anagram (troubled) of HIP IS and CYST, giving us the profession of Joseph Henry, after whom the standard unit of inductance is named.

14a         Butter bread extremely neatly (5)
NANNY – Put together some Indian bread and the outside letters (extremely) of NeatlY, and you get a butter, but not the sort to spread on your bread. 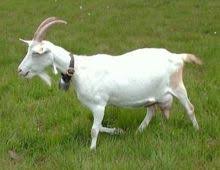 15a         Weep penning a final letter that’s passionate (5)
CRAZY – Another word for ‘weep’ wrapped round A (from the clue) and the final letter of the alphabet.

16a         Father figure returning on ship (9)
FREIGHTER – Put together an abbreviation for ‘father’ (especially a reverend one), a cardinal number, and the reverse (returning) of the Latin word for ‘on’ or ‘concerning’.

18a         Drudge‘s commotion about a thousand runs in stockings (9)
WORKHORSE – Put together the reverse (about) of a word for a commotion or argument, the Greek abbreviation for 1,000, and a generic word for ‘stockings with the cricket abbreviation for Runs inserted.

22a         Ushers with little drink remedy, then sailor marries (5,2,3,5)
LEADS TO THE ALTAR – Put together another verb for ‘ushers’ or ‘guides’, a measure of spirits, another word for ‘remedy’ or ‘cure’, and one of the usual crossword sailors.

23a         Exercise before sangrias on vacation is noble (7)
PEERESS – Put together the two-letter abbreviation for the sort of exercise inflicted on schoolchildren by little men whose IQ is smaller than their hat size, a poetic word for ‘before’, and the outside letters (on vacation) of SangriaS.

2d           Taxi cut the old knight up with attitude (7,8)
HACKNEY CARRIAGE –  Put together an archaic way of writing ‘the’ and the chess notation for a knight. Reverse (up) the result and put another word for ‘cut’ or ‘chop’ in front of it. Then add a word for ‘attitude’ or ‘posture’.

3d           Thought chaps inflamed should enter river (9)
MENTALITY – Start with another word for ‘chaps’, then add a Scottish river into which a word for ‘inflamed’ or ‘on fire’ has been inserted.

5d           Firm desirous feeling oddly to the veg (9)
COURGETTE – Put together an abbreviated firm of company, another word for a feeling of desire, and alternate letters (oddly) of To ThE, to get one of the catering world’s more pointless vegetables. 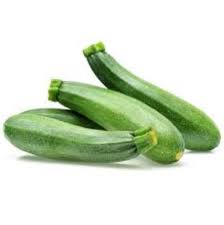 8d           Fast food shop invested in oriental sauce (7)
SOLIDLY – ‘Fast’ here means ‘firmly fixed’ and we want an adverbial form of a word that means that. An oriental sauce is wrapped round the name of a German-based international supermarket chain.

14d         Birds near small and great jets regularly rising (9)
NIGHTJARS – A poetic word for ‘near’, followed by the reverse (rising) of alternate letters (regularly) of gReAt JeTs and an abbreviation for Small, 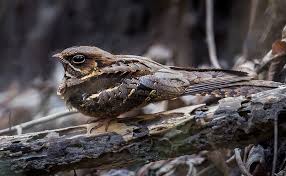 15d         Plant, toxic ultimately, that hurt one playing in field (7)
COWSLIP – put together the last letter (ultimately) of toxiC, an expression used for ‘that hurt!’, and a cricket fielding position. 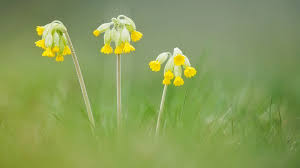