Good morning from South Staffs on a bright but cold morning. The wind of the last couple of days seem to have abated, so I can tie back the rose bush which blew off the wall.

Much of today’s crossword was straightforward for me, but the crossing answers at 1a and 2d gave me some difficulty, pushing me into *** time.

1a           Take advantage of carbon used with advanced body part (4,2)
CASH IN – Put together the chemical symbol for carbon, an abbreviation for Advanced, and part of the body found in the lower leg.

13a         Win over million after son divides loot brought back (6)
DISARM – Another word for ‘loot’ or ‘break into’ wrapped round an abbreviation for Son, then the result is reversed and Million added at the end.

24a         Crossing mountainside, lies back — returning, went down fast (8)
ABSEILED – Hidden in reverse (crossing … returning) in the clue.

26a         More than one bird rolls to take in oxygen (8)
ROOSTERS – The chemical symbol for oxygen is inserted into some rolls or registers. 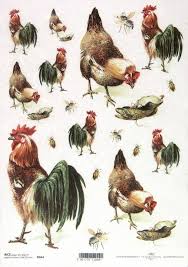 2d           Country rock, some say, Sixties youth flipped over (9)
SHEIKHDOM – This is a generic word for a particular sort of Middle Eastern country, by reference to its ruler. Start with a homophone (some say) of a word for ‘rock’ or ‘shudder’, then add the reverse (flipped over) of a member of a Sixties tribe – the ones who wore sharp suits and rode motor scooters.

3d           Performer using popular guitar action with talents I developed (15)
INSTRUMENTALIST – Put together a two-letter word for ‘popular’, a way of playing a guitar, and an anagram (developed) of TALENTS I.

6d           One helps writer make a point (6-9)
PENCIL SHARPENER – Cryptic definition of a tool used to mend the business end of a type of writing implement.

7d           Medic with a degree seen in theatre (5)
DRAMA – One of the abbreviations for a medic, followed by A (from the clue) and the letters after the name of a senior Arts graduate.

8d           Woman that’s stood up might set about Romeo (8)
ROSEMARY – Another word for ‘stood up’, followed by a conditional verb like ‘might’ wrapped round the letter represented by Romeo in the NATO alphabet, giving us a woman’s name.

16d         Ordered top grub to eat while here? (9)
GASTROPUB – Anagram (ordered) of TOP GRUB wrapped round (to eat) another word for ‘while’. The whole clue describes the definition.

17d         Motorway goes in curve, shock! It’s somewhere to slow down (8)
ARMCHAIR – The symbol for a motorway is inserted into a geometric curve, then the shock found on your head is added.

19d         Race relations (6)
PEOPLE – Double definition, the second being an upper-class way of describing one’s relatiions, as in ‘my —— have a place down in Gloucestershire’.

21d         Cowboy chucks this girl with zero support (5)
LASSO – This word appears for the second day running (6d in yesterday’s Toughie). Another word for a girl, with the letter which looks like a zero added at the end.