Good morning from South Staffs on a sunny but cold April Fool’s Day.

I didn’t spot any fooling in today’s puzzle, a pangram which didn’t give me any particular trouble

7a           Getting redness in the face from port (8)
FLUSHING – Double definition, the second being a Dutch port known as Vlissingen in its native language,

14a         Vacuous Etonian and dizzy blonde given peerages (8)
ENNOBLED – The outside letters (vacuous) of E(tonia)N, followed by an anagram (dizzy) of BLONDE.

15a         Article, first one that believes in God’s existence (6)
THEIST – A grammatical definite article, followed by three letters which look like the alphanumeric way of writing ‘first’.

17a         Ship that comes from Newfoundland perhaps, we hear (6)
BARQUE – The Newfoundland in the clue is a large dog, and the answer sounds like (we hear) something a dog might do. 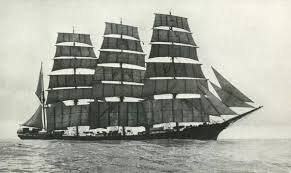 22a         Exam everyone gets hold of the day before! (1,5)
A LEVEL – Another word for ‘everyone’ is wrapped round a word for ‘the day before’, to get the name of an exam taken at the end of secondary school in England and Wales.

23a         Ignorance evident in elderly care till in-laws retired (10)
ILLITERACY – Hidden in reverse (retired) in the clue.

25a         Miss flight (6)
ESCAPE – Double definition, the first being a verb for failing to notice something.

26a         Cutting wood, was Barney regularly finding time for a cuppa? (3,5)
TEA BREAK – Alternate letters (regularly) of wAs BaRnEy, inserted into a tropical hardwood. 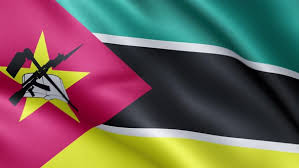 6d           Reluctant to wear extremely cute dress (6)
CLOTHE – The outside letters (extremely) of CutE are wrapped round an archaic or poetic word for ‘reluctant’.

13d         Rare zebra, one Jack found in northern areas around country (10)
AZERBAIJAN – The first 5 letters of this former Soviet republic are an anagram (rare) of ZEBRA. To get the second 5, start by putting together abbreviations for Northern and Area (twice), reverse the result and insert the Roman numeral for one and the abbreviation for Jack found on a playing card. 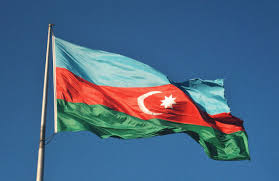 16d         Trembled, outwardly shocked about French winter strike’s conclusion (8)
SHIVERED – The outside letters (outwardly) of ShockeD, wrapped round the French for ‘winter’ and the last letter (conclusion) of strikE.

18d         Model almost relaxed for a change hosting politician (8)
EXEMPLAR – Anagram (for a change) of RELAXE(d) minus its last letter (almost), wrapped round the usual politician.

21d         Discovered Kent student is tempted initially to join armed forces (6)
ENLIST – Put together the middle letters (dis-covered) of (K)EN(t), the usual letter indicating a student driver, IS (from the clue), and the first letter (initially) of Tempted.

22d         On holiday touring US city, at all events (6)
ANYWAY – Another word for ‘on holiday’ wrapped round the initials of the American city so good they named it twice.