Good morning from South Staffs on a grey October day.

I found most of today’s puzzle straightforward, but was held up by an inability to see two crossing answers in the NE corner, and that pushed me well into *** time.

4a           Publicises cruise, possibly landing here? (8)
AIRSTRIP – A four-letter word for ‘publicises’ or ‘broadcasts’, followed by a word for something of which a cruise is an example.

9a           Distance made by set of clubs? (6)
LEAGUE – Double definition: an old measure of distance, equivalent to three miles; or a set of sports clubs joined in competition.

12a         Son using which method to lead trial presentation? (8)
SHOWCASE – Put together an abbreviation for Son, a way of asking ‘Which method?’, and a legal trial or suit.

15a         Expert handling turnover in the cinema? (13)
PROJECTIONIST – Cryptic definition of the person who, among other duties, changes the reels of film in a cinema. 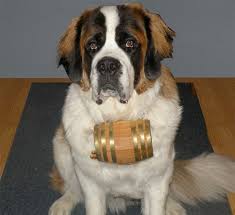 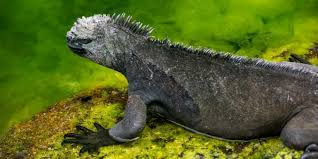 27a         Standing figures with no energy (6)
STATUS – Remove the abbreviation for Energy from some carved figures.

1d           Except when cloudy, going topless (6)
UNLESS – If it’s cloudy, there’s something which can’t be seen in the sky. Start with a word which describes that situation, then remove the first letter.

Fog everywhere. Fog up the river, where it flows among green aits and meadows; fog down the river, where it rolls defiled among the tiers of shipping and the waterside pollutions of a great (and dirty) city. Fog on the Essex marshes, fog on the Kentish heights. Fog creeping into the cabooses of collier-brigs; fog lying out on the yards and hovering in the rigging of great ships; fog drooping on the gunwales of barges and small boats. Fog in the eyes and throats of ancient Greenwich pensioners, wheezing by the firesides of their wards; fog in the stem and bowl of the afternoon pipe of the wrathful skipper, down in his close cabin; fog cruelly pinching the toes and fingers of his shivering little ‘prentice boy on deck. Chance people on the bridges peeping over the parapets into a nether sky of fog, with fog all round them, as if they were up in a balloon and hanging in the misty clouds.

3d           Lord’s house briefly seen as nicest in the middle (6,2,7)
CHURCH OF ENGLAND – The middle letters of nicest are an abbreviation for this organisation, which could also be described as the Lord’s house.

5d           Eye part of Dublin, maybe avoiding hotel (4)
IRIS – Remove the letter represented by Hotel in the NATO alphabet from a word that describes a native of Dublin.

6d           Perhaps Plato’s classes shared opinions (6,2,7)
SCHOOL OF THOUGHT – This phrase for a set of people with similar opinions could also be a description of what Plato’s Academy taught.

8d           Drama opening, bypassing a southern city (8)
PLYMOUTH – Put together another word for a drama in the theatre, and the opening you put food in, then remove the A (from the clue), to get a city in SW England.

11d         Eastern sierra — wild scene for nature (7)
ESSENCE – Put together Eastern, the letter represented by Sierra in the NATO alphabet, and an anagram (wild) of SCENE.

16d         Disgruntled six-footer follows quarry entering pub (9)
INDIGNANT – What you do in a quarry is inserted into another word for a pub, then an insect (six-footer) is added on the end.

17d         Bottom in Eton, I prepared to be disciplined (8)
OBEDIENT – The bottom of a river or the sea is inserted into an anagram (prepared) of ETON I.

23d         Compete with conviction (4)
VIEW – Another word for ‘compete’ or ‘struggle’ followed by an abbreviation for With.