Good morning from South Staffs on a day of sunshine and showers.

We have a pangra missing the X this morning, which gives us a good clue about the setter. For me this wasn’t one of his most difficult, and I finished in ** time.

10a         Tax shelter protecting a politician in France of the time (5,4)
STAMP DUTY – Put together A (from the clue), one of the usual politicians, the French for ‘of the’, and an abbreviation for Time. Then wrap a shelter for pigs around the result. 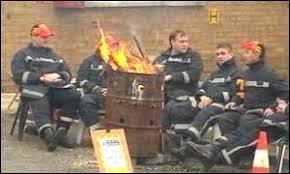 13a         Herald from distant Spain after lover (7)
FANFARE – A lover (of a sports team, perhaps) followed by another word for ‘distant’ and the IVR code for Spain.

14a         Learner very exuberant over game (5)
LOTTO – Put together the usual symbol for a learner, a three-letter acronym for ‘very exuberant’ or ‘excessive’, and the cricket abbreviation for Over.

15a         Breaking out innocent revolutionary with little noise (8)
ERUPTING – Reverse (revolutionary) a word for ‘innocent’ or ‘chaste’, then add the sound of a small bell, to get the sort of breaking out that’s happening on La Palma at the moment. 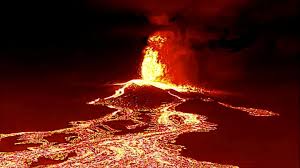 20a         Flexible times to secure result (5)
BENDY – A two-letter word for ‘times’ (in a multiplication sum) is wrapped round a result or outcome.

23a         Reindeer around ridge, four overlooking edges (7)
CARIBOU – Put together the Latin abbreviation for ‘around’ or ‘about’, a ridge (in a leaf, perhaps), and the inside letters (overlooking edges) of (f)OU(r). 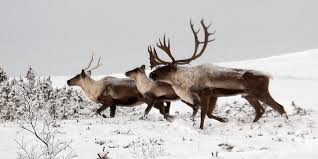 27a         Grease smeared on greyish brown garment (9)
DUNGAREES – A greyish brown colour followed by an anagram (smeared) of GREASE.

1d           Babe’s smashed everything in this sport (8)
BASEBALL – A rather nice all-in-one clue. An anagram (smashed) of BABE’S followed by another word for ‘everything’, giving us a sport in which the Babe (Ruth) was a master player in the first half of the 20th century. 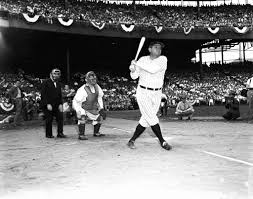 2d           Sugar, maybe, fed to group — that fills a gap (7)
SEALANT – The first name of, among others, the Sugar who founded Amstrad and later hosted The Apprentice, with a group or clique wrapped round it.

3d           Sign of company, with navy south of island (9)
CAPRICORN – To get this sign of the Zodiac, start with a Mediterranean island, then add the abbreviation for ‘company’ and the initials of the Royal Navy.

6d           One indicating ratio of emigrant group without base (5)
COLON – The punctuation mark used to indicate the ratio between two numbers is also the now disapproved-of setting-up of a settlement in another country, minus its last letter (base, in a Down clue). 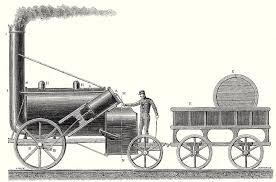 16d         Old volunteers watch out carrying large dishes etc (9)
TABLEWARE – The initials of the former name of the UK’s volunteer reserve force, followed by an instruction to watch out, with Large inserted.

17d         Outline is horse climbing in sunless void (8)
SYNOPSIS – Put together IS (from the clue) and a small horse, reverse (climbing, in a Down clue) the result, then wrap the outside letters (void) of S(unles)S around it.

19d         Reportedly where Colossus overlooked harbour raids (7)
INROADS – This word for ‘raids’ sounds like (reportedly) the answer to the question about where to find the ancient Colossus, one of the Seven Wonders of the World.

21d         New treats prepared for rabbits (7)
NATTERS – The definition is a verb, not a furry creature. New followed by an anagram (prepared) of TREATS.

22d         Goodness in school’s roast (6)
SCORCH – An exclamation like ‘Goodness!’ with an abbreviation for ‘school’ wrapped round it.