Good morning from South Staffs on a bright, frosty morning.

A steady solve this week, with some delay in the top half. 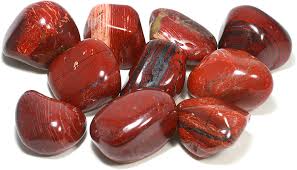 11a         Successfully defend finale to ITV show (9)
VINDICATE – The last letter of ITV, followed by another word for ‘show’.

12a         Barking athlete initially managed to maintain fast time (7)
RAMADAN – Put together another word for ‘barking’ and the first letter (initially) of Athlete, then insert the result into another word for ‘managed’, to get the fasting period observed by Muslims.

14a         Tirade by star, one officiating at ceremony (9)
CELEBRANT – A star, or someone famous for being famous, followed by another word for ‘tirade’.

17a         Settle in spot that lacks special ingredient (5)
LODGE – Remove the abbreviation for SPecial from a spot or splash, of ink perhaps.

18a         Charlie argued regularly with environmentalists’ leader, becoming vulgar (5)
CRUDE – Put together the letter represented by Charlie in the NATO alphabet, the alternate letters (regularly) of aRgUeD, and the first letter (leader) of Environmentalists.

19a         Long-lasting and extremely lucrative account (9)
CHRONICLE – The term used for a long-lasting or recurrent disorder, followed by the outside letters (extremely) of LucrativE. 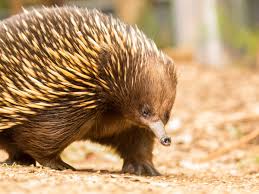 25a         Recall inadequate qualification male coach concealed (9)
SUBMERGED – Put together a university qualification minus its last letter (inadequate), Male, and another word for the form of transport known as a coach. Then reverse (recall) the result to get a word for ‘concealed (under water)’.

27a         Discovered sailors’ dining areas aboard very large ship (6)
VESSEL – Start with a word for the dining areas used by naval personnel, remove the outside letters (dis-covered), then insert the result between Very and Large. 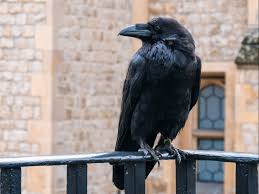 7d           Detectives order foolish individuals around? That’s irregular (9)
SPASMODIC – Put together the initials of the part of the police force where detectives work, the initials of an honour “recognising distinguished service in the armed forces, science, art, literature, or for the promotion of culture”, and some foolish or stupid people, then reverse (around) the result.

8d           Stuff in food, mostly excellent to begin with (6)
FABRIC – Some 1960s slang for ‘excellent’, followed by a foodstuff which is a staple for a large proportion of the world’s population, missing its last letter (mostly), giving us some woven stuff.

9d           Church will support Irishman’s spiritualist meeting (6)
SÉANCE – A common Irish given name for a man, followed by the Church of England.

16d         Port, variety going into barrels at intervals (9)
ARCHANGEL – This is a port in northern Russia. Alternate letters (at intervals) of bArReLs are wrapped round another word for ‘variety’ or ‘variation’.

17d         Refurbished ancestral royal house (9)
LANCASTER – Anagram (refurbished) of ANCESTRAL, giving one of the royal houses involved in the Wars of the Roses (or our esteemed DT puzzles editor).

18d         Stop about third from end of Victoria Line (6)
CREASE – Another word for ‘stop’ is wrapped round the third letter (counting from the end) of VictoRia, producing a line on a cricket pitch.

20d         Tolerate design about to receive investment from university (6)
ENDURE – An aim or design and the Latin word for ‘about’ or ‘concerning’, placed either side of an abbreviation for University.

22d         Straighten clothing (5)
DRESS – Double definition, the first being, among other things, when a line of soldiers on parade straightens out.

23d         Tree, one that produces small fruits we hear (5)
CEDAR – This evergreen tree is a homophone (we hear) of a word describing a plant which produces small (usually) fruits from which new plants grow. 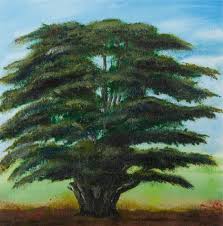