Good morning from South Staffs on a damp, grey day.

Today’s puzzle took a little while to start unpacking itself, but once I got going things fell into place. The top half seemed harder than the bottom half.

1a           Bad-tempered type of dog, dog men exercised outside university (10)
CURMUDGEON –A pejorative term for a dog, followed by an anagram (exercised) of DOG MEN wrapped round University.

6a           VAT on a musical instrument (4)
TUBA – There’s some false capitalisation here to mislead you. Another word for a vat, followed by A (from the clue).

9a           One always desperate to discover what’s in store? (10)
SHOPAHOLIC – Cryptic definition of someone with a compulsive need for retail therapy.

10a         Appeals lacking involvement from church members (4)
ARMS – Remove the abbreviation for CHurch from the beginning of a word for the appeals of desirable persons, to get some members of the body.

12a         Correct instruction to footballer from East-ender? (4)
EDIT – A homophone of a phrase (4,2) giving a footballer an instruction to play the ball in a certain way, but with the initial aspirate dropped because the speaker is a crossword Cockney.

13a         Grand operas by Wagner inspiring adult group (9)
GATHERING – An abbreviation for Grand and a cycle of operas by Wagner, placed either side of (inspiring) Adult.

15a         Non-commissioned officer material (8)
CORPORAL – Double definition, the second being ‘material’ as opposed to ‘spiritual’.

16a         Current cricketer finally breaking into Second Eleven (6)
STREAM – Second followed by another word for an eleven wrapped round the last letter (finally) of cricketeR.

18a         Expose story, essentially controversial, Greek character rejected (6)
UNVEIL – Put together a false story, the middle letter (essentially) of controVersial, and a Greek letter, then reverse (rejected) the result.

24a         Good initial main point (4)
GIST – Good, followed by a representation of the alphanumeric expression for ‘initial’ or ‘first’.

27a         Cheap unsold books produced by Brexit opponents, around 500 (10)
REMAINDERS – The Roman numeral for 500 is inserted into the term used for those who opposed the UK’s departure from the EU.

28a         Now and again angered by daughter making demand (4)
NEED – Alternate letters (now and again) of aNgErEd, followed by Daughter.

1d           Point crockery’s price initially is lowered (4)
CUSP – Start with some items of crockery, then move the P (Price initially) to the bottom.

3d           Like certain biographies describing North America I rushed out to order (12)
UNAUTHORISED – Anagram (to order) of I RUSHED OUT wrapped round the abbreviation for North America.

4d           Style of architecture, one from the southern US (8)
GEORGIAN – Double definition, the second being a citizen of a US state that has been the focus of many of the shenanigans resulting from the US presidential election this year. 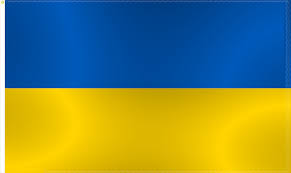 8d           Worker receives small hint before note getting job (10)
ASSIGNMENT – Put together Small, a hint or omen, and one of the notes of the sol-fa scale, then wrap a worker insect round the result.

14d         Case involving scam oddly undermining copper in charge (10)
ACCUSATION – Put together the chemical symbol for copper and alternate letters (oddly) of ScAm, then wrap a case or lawsuit round the result.

In remembrance of the 17d of the Queen Vic 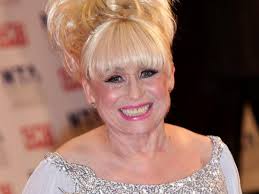 19d         Heard disgusting group rowing, being profane (7)
VIOLATE – The definition is a verb. This is a rather poor homophone of another word for ‘disgusting’ or ‘repellent’ and another word for a particular sort of rowing crew.

21d         One easing tension in crowd over French street uprising (7)
MASSEUR – Another word for a crowd, followed by the reverse (uprising) of the French word for a street.

25d         Finishes off impromptu stories, some indeed not new (4)
USED – Take the final letters (finishes) of the third, fourth, fifth and sixth words of the clue.