Good morning from South Staffs on a grey November morning.

Today’s puzzle was the toughest for me for quite some time. I was held up by three interlocking clues in the SE quadrant – though, once the penny had dropped it was difficult to see why they had caused such difficulty.

1a           Where many academics go and yak, maybe getting cross (8)
OXBRIDGE – A two-letter animal of which a yak is an example, followed by a verb meaning ‘cross (a river, perhaps)’.

5a           Flash employer that clears out pests (6)
MOUSER – A ‘flash’ or ‘instant’ followed by another word for someone employing something. 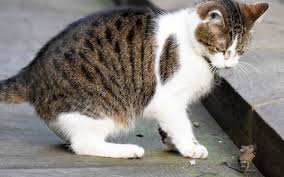 9a           One carries out sting, sending top officer into prison in disguise (8)
SCORPION – Anagram (in disguise) of PRISON wrapped round the acronym for the officer at the top of a military unit. 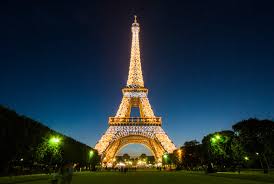 16a         Where problems for examination are solved by specialist on paper (5,6)
AGONY COLUMN – Cryptic definition of the place in a newspaper or magazine where readers’ personal problems are addressed.

21a         One goes across, apparently, and one can turn either way (7)
SPANNER – This tool for tightening or loosening nuts could also be interpreted as something which bridges a gap.

22a         Characters axed by EastEnders (7)
AITCHES – These are the letters traditionally dropped in the East End or Cockney dialect.

24a         Favoured offspring reportedly given sack — that is fired (3,5)
AIR RIFLE – The first word sounds like (reportedly) the person who stands to inherit an estate. The second is another word for ‘sack’ or ‘loot’.

26a         Who’s relatively representative of an entire nation? (5,3)
UNCLE SAM – Cryptic definition of the embodiment as a male relative of some of our Transatlantic cousins.

2d           Name of writer of novels and Three Sisters (6)
BRONTE – Mildly cryptic definition of the family name of the author of Wuthering Heights and her sisters. No, I’m not putting up that dreadful noise by Kate Bush!

3d           Pick up stray following mischief-maker (7)
IMPROVE – A mischievous supernatural being, followed by a verb for ‘stray’ or ‘wander’.

4d           No flight needed to visit here (6,5)
GROUND FLOOR – Cryptic definition of the part of a building which does not need a flight of stairs to reach it.

7d           Son will get dope and slump (8)
SLOWDOWN – The usual abbreviation for Son followed by another word for ’dope’ or ‘inside information’.

8d           Where things get strained, learning religion with glitzy trappings (8)
REFINERY  – One of the acronyms for religious teaching in school, followed by a generic word for all the ornamentation in someone’s dress.

12d         Inoculate for treatment? Odds on that would be guessing (11)
SPECULATION – The two-letter abbreviation for a bookmaker’s odds at the beginning of a race, followed by an anagram (for treatment) of INOCULATE.

14d         Something enjoyed in Germany, South Africa and America: dates (8)
SAUSAGES – Put together abbreviations for South, Africa and the United States, then add a verb for ‘dates’ or ‘gets old’. 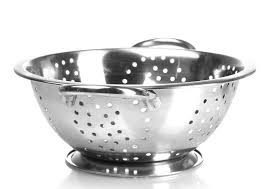 17d         They come from across the Atlantic in tugs to go round eastern Spain (7)
YANKEES – Another word for ‘tugs’ or ‘pulls’, with Eastern and the IVR code for Spain inserted.

19d         Ray’s arrows (6)
SHAFTS – Double definition, the first being a description of rays of sunshine penetrating a building.