Good morning from South Staffs on a bright sunny morning with the promise of some high temperature to come.

A reasonable challenge today, which took me just into *** time. Thanks to today’s setter.

1a           Peel of lime added to unfinished fruit crush (6)
MANGLE – Remove the final letter (unfinished) from a tropical fruit, then add the outside letters of LimE.

5a           Place for cowboys that might provide stew? (4,4)
WILD WEST – This is a reverse anagram. The first word of the answer is the anagram indicator, and the second is the fodder which , if anagrammed, produces STEW in the clue.

9a           Unscrupulous behaviour in music rehearsal? (5,8)
SHARP PRACTICE – The first word of the answer could be one of the black notes on a piano, and the second is another word for ‘rehearsal’.

10a         Sunlit ground across river, not marred by development (8)
UNSPOILT – Anagram (ground) of SUNLIT wrapped round crosswordland’s favourite Italian river.

14a         Retiring peer left oddly early for comic show (8)
DROLLERY – Reverse (retiring) another word for a peer, then add Left and the alternate letters (oddly) of EaRlY.

16a         Work covered by girl I’d backed for management (8)
DISPOSAL – Start with another word for ‘girl’ wrapped around the Latin abbreviation for a (musical) work. Add I’D (from the clue, then reverse the whole construction (backed).

19a         Pressures to drop women’s rowing race (6)
EIGHTS – Remove the initial Women’s from another word for ‘pressures’, and you get some rowing races, named for the number of people rowing. 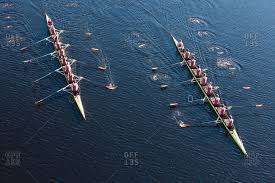 21a         More unfortunate choice of wedding vows? (6)
POORER – One of the alternative outcomes listed in the wedding vows. 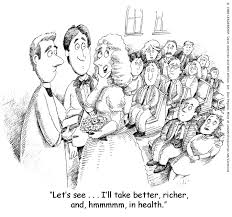 26a         Activist comparatively unprepared touring South Africa (8)
CRUSADER – The comparative form of an adjective meaning ‘unprepared’ (like oil which has just come out of the ground), wrapped round an abbreviation for South Africa.

27a         Second asteroid’s heading direct for planet (6)
SATURN – Put together an abbreviation for Second, the first letter (heading) of Asteroid, and a verb which can mean ‘direct (towards)’.

3d           Reach conclusion from reading file (5)
GRASP – The last letter (conclusion) of readinG, followed by another word for a file used by a worker in wood or metal.

4d           Vacancy in M & S filled by chap ultimately needing money (9)
EMPTINESS – Start with the last letter (ultimately) of chaP and some dated slang for ‘money’. Then put the spelt-out versions of the letters M and S either side of the result.

5d           Fabric displayed by wife over Irish tweed regularly (7)
WORSTED – Put together Wife, the cricket abbreviation for Over, and alternate letters (regularly) of IRiSh TwEeD.

6d           In conversation relaxed aspect of personality is transparent (5)
LUCID – A collection of letters which sound like (in conversation) another word for ‘relaxed’, followed by one of the parts of a personality – not the ego or superego.

8d           Small bank carrying little weight (7)
SLENDER – An abbreviation for Small followed by one of the functions of a bank.

13d         Tips for cooking in American resort? Serve up something sweet (9)
ASPARAGUS – Put together American, a health resort, and the reverse (serve up, in a Down clue) of a sweet substance. 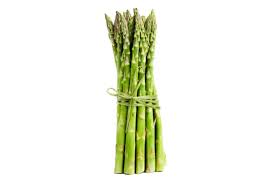 17d         Drone flying one Republican assumes to be properly organised (2,5)
IN ORDER – Anagram (flying) of DRONE, with the Roman numeral for one and an abbreviation for Republican placed either side.

18d         Poor clothing that’s selected for climbing (3,4)
LOW GEAR – Another word for ‘poor’ ( in health or spirits, perhaps) followed by another word for ‘clothing’ or ‘equipment’.

22d         Fanatical bishop at centre of attack (5)
RABID – A foray or attack wrapped round the chess notation for a bishop.

24d         Plan beginning to disappoint large number (5)
DRAFT – The first letter (beginning) of Disappoint, followed by an indeterminate number of something such as political proposals or Budget measures.