Good morning from South Staffs on a bright sunny morning with the prospect of some high temperatures later.

I found today’s puzzle a curious mixture, with some very easy clues, and others which required teasing out and weren’t very satisfying when the answer emerged, possibly because some of the synonyms used in the wordplay had been stretched rather too far.

1a           Salt gathering in huge quarry (6)
WHALER – Cryptic definition: the salt is a sailor, and the huge quarry marine mammals, the hunting of which was once widespread.

9a           Embarrassed, being a bit tight perhaps (13)
UNCOMFORTABLE – If the waistband of your clothes has unaccountably shrunk during lockdown so that it’s now a bit tight, that would make you ————, a word also meaning ‘embarrassed’.

10a         One masters politics degree needs time (8)
DIPLOMAT – A master of the branch of politics once described as ‘lying abroad for one’s country’. A degree or certificate followed by Time.

11a         Places to stay from Carlisle to Harrogate when retired (6)
HOTELS – Hidden in reverse (when retired) in the clue.

14a         Rescue boat trapped between delta and cape in night-time (8)
DARKNESS – The letter represented by Delta in the NATO alphabet, and a cape or promontory, placed either side of the rescue boat used by the animals which went in two by two.

16a         Queen is surrounded by ticket sellers and trippers (8)
TOURISTS – The Latin abbreviation for ‘queen’ and IS (from the clue), with some dodgy ticket sellers wrapped round them.

21a         Without a present, cancels and drives back (6)
REPELS – Start with a word for what Parliament does when it cancels some legislation, then remove the A (without A present).

23a         Times keeps nice refurbed offices (8)
AGENCIES – Some long periods of time wrapped round an anagram (refurbed) of NICE.

25a         Plug from the telly? (13)
ADVERTISEMENT – Mildly cryptic definition of a commercial opportunity on television.

27a         Ranks Scrabble letters required in ‘tango’? The opposite (6)
TITLES – The technical term for the letter tokens used in Scrabble, wrapped round the letter represented by Tango in the NATO alphabet.

2d           Hospital job for cat lacking initial accommodation (7)
HOUSING – An abbreviation for Hospital followed by the rodenticide which a domestic cat may do, minus its initial letter.

4d           Calls to mind children in scripture group? (9)
REMEMBERS – A two-letter acronym for Scripture classes in school, followed by a collective noun for the children (or adults) forming part of a group or club.

8d           They’re employed making woolly ruffles (7)
NEEDLES – Double definition: a noun for the objects used by someone knitting a woolly; or a verb meaning ‘ruffles’ or ‘upsets.

13d         Sour deviant trolls you and me (9)
OURSELVES – Anagram (deviant) of SOUR, followed by some supernatural beings which the setter thinks can be a synonym of ‘trolls’. The setter probably thinks this because the BRB gives ‘dwarf’ as a subsidiary definition of both ‘troll’ and the word we’re looking for. Those familiar with the work of Tolkien or Pratchett know this is nonsense. 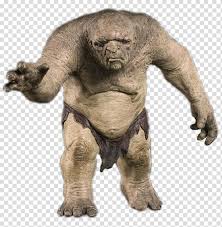 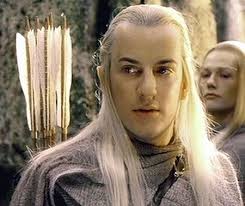 17d         Run musical show outside of Trieste (7)
OPERATE – A musical drama where the characters sing loudly and interminably at each other before dying or marrying, followed by the outside letters of TriestE.

18d         Where to have fun in the sun in London area, single? (7)
SEASIDE – The geographical indication of the part of the UK where London is to be found, followed by a single disc or record, or rather the principal song to be found on that single.

20d         Three twists to get to grips with at National? (7)
THEATRE – Anagram (twists) of THREE, wrapped round AT (from the clue), to get the institution of which the National is an example.