A steady solve for me today, with no especial difficulty, but still just getting to *** time.

5a           Passions and affairs covered by Eastern Echo? On the contrary (8)
FEELINGS – Put together an abbreviation for Eastern and the letter represented by Echo in the NATO alphabet, and insert the result into another word for brief love affairs.

10a         Attackers battle to block river crossings (8)
FORWARDS – The sorts of river crossings where you get wet, wrapped round a battle or series of battles. The attackers are members of a football team.

12a         Taking turns, watch in raft, an all-round vast place (6)
AFRICA – Reverse (all round) the third, fourth, fifth and sixth words of the clue, then take alternate letters to get a large land mass.

16a         Soldiers on street — sister and agent heading back (8)
PERSISTS – Put together an abbreviation for street, an informal word for ‘sister’, and the short form of a commercial agent, then reverse the result (heading back).

19a         Canadian ready to knock over everyone in bar (6)
DOLLAR – Start with a bar or pole, insert a word for ‘everyone’, then reverse the result.

23a         Answer corresponded with 500 brought forward enough (8)
ADEQUATE – An abbreviation for Answer followed by ‘corresponded’ with the Roman numeral for 500 brought to the front.

25a         Telling shifts in human interactions (13)
RELATIONSHIPS – Another word for ‘telling’ or ‘recounting’ followed by another word for ‘shifts’ or ‘despatches (goods)’.

26a         University town’s giving Bill openings (8)
READINGS – This is the formal term for the process by which a Parliamentary Bill is enacted. A university town west of London, plus the ‘S from the clue. 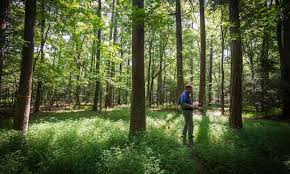 7d           Twin, one with incoherent dialect found around north (9)
IDENTICAL – The Roman numeral for one followed by an anagram (incoherent) of DIALECT wrapped around North.

13d         During delay, journalist must be located (9)
INSTALLED – Put together a short word for ‘during’, ‘to delay’ or ‘play for time’, and the usual crossword journalist.

15d         Put on afters — served up, disregarding time as directed (9)
ADDRESSED – ‘Put on’ or ‘supplement’, followed by the reverse (served up) of another word for ‘afters’ or ‘pudding’ without its Time.

22d         Hammered after failing to get first bit bolted down (5)
EATEN – Remove the first letter from ‘hammered’ or ‘thrashed’.

24d         College certainly not over for some workers (5)
UNION – An informal word for college or university education, followed by the reverse (over) of a word meaning ‘certainly not’.